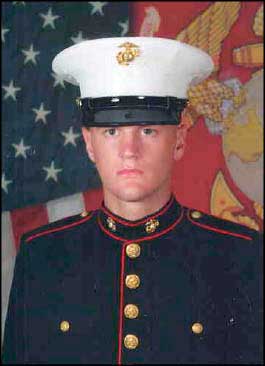 PFC Landis successfully completed 13 weeks of intensive training at MCRD Parris Island as one of the recruits in Platoon 2064. While in recruit training, he earned the Expert Shooter Badge.

Following his ten days home, he reported to Camp Lejeune, NC, for one month at Military Combat Training, he then completed Military Occupation Specialty School at Camp Johnson NC. Upon being stationed at Kaneohe Bay Marine Corps Base in Hawaii, he was promoted to Lance Corporal.

He is the son of Ken and Trish Landis, of Farmville.