To Wed In April 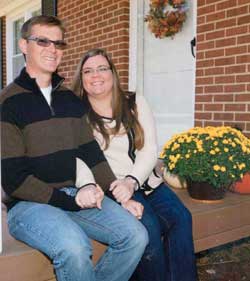 The bride is a Longwood University graduate where she received her Bachelor’s and Master of Science Degree in Communication Sciences and Disorders. She is currently employed as a speech-language pathologist by Lunenburg County Public Schools.

The groom is a United States Merchant Marine Academy graduate where he received a Bachelor of Science Degree in Logistics. He is currently employed as a tug boat captain by Kirby Inland Marine.

The couple was engaged in the spring during dinner inside Cinderella’s Castle at Walt Disney World and will marry in April at The Jefferson Hotel in Richmond.