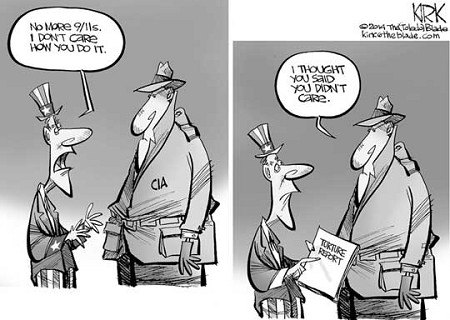 The road to heaven on Earth is paved with good intentions.

So is the road to simply one small warm flame in someone’s moment of cold lonely darkness.

Tom Hicks is not on either of those roads.

The road that Hicks has been traveling down is paved with good deeds.

But, then, yes, Hicks is a retired Marine—if Marines can ever be considered “retired.” And he wasn’t about to walk away from what he overheard while standing next to the nurses station one day four years ago at McGuire VA Medical Center in Richmond.

Most of us, we overhear something that touches our heart and we think to ourselves, “Somebody ought to do something about that.”

Or, if we are deeply moved, we vow to do something about it ourselves.

With the best intentions. Our hearts deeply moved.

But if we ever think about ever again, once the moment is swept away by the caffeinated syncopation of our daily lives, it’s 17 months, three weeks, two days, one hour and 15 minutes later, the seconds continuing to tick-tock away (or mutely disappear into digital oblivion), and we look in the mirror and say, “Oh, yeah. Hmmm. I never did anything about that, did I?”

Hicks did something about it.

As Hicks told The Herald in our front-page story last month, “I was standing by the nurses station, and I heard a nurse come up and ask for socks. Another nurse told her they were out of socks. Because of the veterans’ wounds they sometimes went through five or six pairs of socks.”

Hicks didn’t come back home to Farmville and forget about what he had heard, and how it made him feel. The moment wasn’t swept away. Hicks decided to sweep the problem away to the best of his ability.

His ability and, as its former Post Commander, VFW Post 7059, which provided him with a willing team, determined to join him in paving a different kind of road altogether, and all together.

The sock campaign got its marching orders and 1,800 pairs of socks were soon collected.

Two years later, Hicks responded to the high rate of homeless veterans in the Richmond area by conceiving a Homeless Veterans Clothing Drive. Again, VFW Post 7059 undertook the mission with him.

They paved the road with their own resolve.

And, you know what happened?

Hundreds of local residents found there was room for their good intentions on that road, found they were able to drive their compassion to help others by actually doing just that. Hicks and VFW Post 7059 provided them the means, breaking through the daily static in so many of our lives, tuning us in to our true selves.

In just four weeks, Hicks and VFW Post 7059 collected an estimated $30,000 worth of clothing and personal items for distribution last month at the annual Stand Down at the McGuire VA Medical Center.

That is what can happen when one human being decides to make a difference. Other human beings will surely join him or her. They become a team. Without that one person creating the idea, the moment, nothing happens.

And without others joining in to provide that moment with movement, nothing happens.

With Christmas in our rearview mirror, what Hicks and VFW Post 7059 now do every year—and with more and more help from local residents and businesses—represents, better than any Christmas tree, stocking or Yuletide carol being sung by a choir, the true meaning of Christmas and the message whose birth Christians throughout this community celebrated.

A message that is meant to be taken forward from December into every next month of the new year.

Doing unto others as we would have them do unto us.

Or, as Jesus would later put it, “Truly, I tell you, whatever you did for one of the least of these brothers and sisters of mine, you did for me.”

Or, more fully in the Gospel of Matthew, “When I was hungry, you gave me food; when thirsty, you gave me drink; when I was a stranger you took me into your home, when naked you clothed me; when I was ill you came to my help, when in prison you visited me.

“Then the righteous will reply, ‘Lord, when was it that we saw you hungry and fed you, or thirsty and gave you drink, a stranger and took you home, or naked and clothed you? When did we see you ill or in prison, and come to visit you?’

“And the king will answer, ‘I tell you this: anything that you did for one of my brothers here, however humble, you did for me.”

Who will follow Hicks’ example next, with so many dark and lonely corners in the world, and use their own compassion to light a small, warming flame?

A flame that others will see, and bring to it their own small, warming flames, until their combined light has become a little bit of heaven on Earth for someone who feels they have nothing left but prayer, or nothing left at all.

Don’t feel like you have to save the world all by yourself. Follow Tom Hicks one sock at a time.