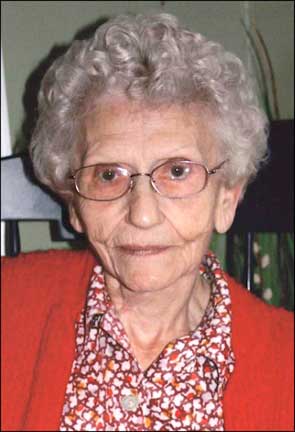 NOVEMBER 13 — Anna Estelle Jacobs Womack, 90, of Farmville, passed away Wednesday, October 29, 2014 at the home of her daughter and son-in-law, Dennis and Judy Thorne. She was born July 4, 1924 in Pittsylvania County, the daughter of the late Leo D. and Annie Tuck Jacobs.

She was well known as a waitress at Cedar Brook Restaurant and in later years, with her husband, Jack, purchased and ran The Steer Restaurant.

Donations may be made to Hospice or the Alzheimer’s Association.

Shorter Funeral Home, Farmville, was in charge of arrangements. www.shorterfuneralhome.com