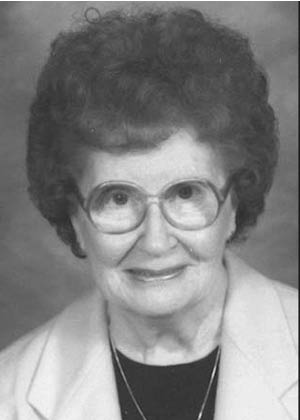 OCTOBER 7 — Laura Norris Campbell, 92, of Farmville, passed away on Thursday, October 2, 2014. She was born in Farmville on November 7, 1921 to the late John and Lillian Poultney Campbell. She grew up in Ligoniar, PA and attended Ligoniar High School, where she graduated.

After high school she moved to Virginia and worked as a real estate agent. She moved back to Pennsylvania where she was married and had her first child Johnny and later Buddy.

Ms. Campbell could not stay away from Virginia and moved back to Farmville where she sold real estate and started working for the Prince Edward Sheriff’s Department. She worked dispatch and was a courtroom officer until her retirement in 1996.

Ms. Campbell is survived by a son, Buddy Campbell of Farmville. She was preceded in death by her parents and a son, Johnny Campbell.

A funeral service was held Sunday, October 5 in the Chapel of Puckett Funeral Home.