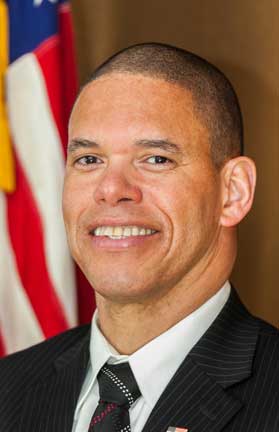 Hudson Running In The 5th

FLUVANNA — A retired United States Army Lieutenant Colonel and educator is seeking the Democratic nomination to run for Congress in the Fifth District.

Benjamin L. “Ben” Hudson, a former small business owner and currently an educator in the Charlottesville public schools, is campaigning on job-creation, fair trade and legislation that fosters growth and innovation.

“I believe our current representatives have let the people down,” he states on his campaign website. “They have, for example, refused to extend unemployment benefits and voted to shut down the government.”

Education is also a mainstay for Hudson as he seeks the right to challenge GOP incumbent, Rep. Robert Hurt, in November’s election.

“I am running for Congress because I know that teachers are overworked and underappreciated, student-to-teacher ratios are too high, our students are underperforming, and the access to higher education and career readiness training has become out of reach for far too many,” he states.

“As an educator, I believe that we can fix the elements of our education system that do not work by promoting legislation designed to strengthen our schools, embrace ideas that have a track record of success, and championing outstanding teachers.”

And he pledges to “ensure the preservation of our natural resources by the establishment of clean and safe energy initiatives and legislation.”

Hudson served as Senior Joint Strategic Communications Officer for the United States Southern Command from 2005-08, retiring from active duty service on August 1, 2008 after more than 24 years of service.

Hudson and his wife, the former Brenda L. Jackson, have been married for 30 years and have three adult sons and one granddaughter.

They reside in Palmyra.