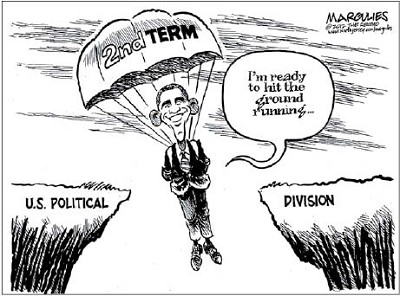 Republican and Democratic presidents have used executive orders, so it is a little surprising, though perhaps not, to hear the over the top reaction in some quarters to President Obama's use of executive orders related to gun safety last week, as if he was banning assault weapons via executive order. He is not. Congress will decide the fate of assault weapons, as it should, through the legislative process.

President Washington issued what was effectively the first executive order, though they weren't called that at the time. The State Department began numbering executive orders in 1907, starting with one by President Lincoln in 1862. Guidelines for executive orders were established by the Supreme Court in 1952-executive orders are not meant to make laws but to further or clarify an existing law.

Executive orders have been praised and criticized through the years, criticized, generally by the political party opposing the president, as being used to make laws.

President Obama's executive orders regarding gun safety last week dealt with such things as background checks-six of the 23 were related to background checks-providing incentives for schools to hire resource officers, and mental health issues, for example.

None of these 23 executive orders seems intended to, or likely to, topple the 2nd Amendment:

2. Address unnecessary legal barriers, particularly relating to the Health Insurance Portability and Accountability Act, that may prevent states from making information available to the background-check system.

3. Improve incentives for states to share information with the background check system.

4. Direct the attorney general to review categories of individuals prohibited from having a gun to make sure dangerous people are not slipping through the cracks.

5. Propose rulemaking to give law enforcement the ability to run a full background check on an individual before returning a seized gun.

6. Publish a letter from the Bureau of Alcohol, Tobacco and Firearms and Explosives (ATF) to federally licensed gun dealers providing guidance on how to run background checks for private sellers.

10. Release a Department of Justice report analyzing information on lost and stolen guns and make it widely available to law enforcement.

14. Issue a Presidential Memorandum directing the Centers for Disease Control to research the causes and prevention of gun violence.

15. Direct the attorney general to issue a report on the availability and most effective use of new gun-safety technologies and challenge the private sector to develop innovative technologies.

16. Clarify that the Affordable Care Act does not prohibit doctors asking their patients about guns in their homes.

17. Release a letter to healthcare providers clarifying that no federal law prohibits them from reporting threats of violence to law enforcement authorities.

20. Release a letter to state health officials clarifying the scope of mental health services that Medicaid plans must cover.

23. Launch a national dialogue led by Secretaries Sebelius and Duncan on mental health.

Those are hardly the executive orders of King George III.

Seeing Through The Disguise Worn By Winter's Months

The last words of this editorial were typed on a day as rare as forgotten memory, one that saw dawn... read more