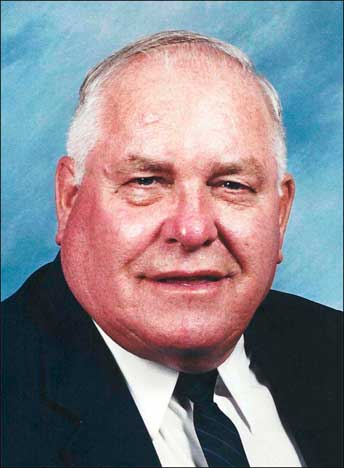 He graduated from Lowville Academy in 1949. While there he was a Section III heavy weight wrestling champion in the 1948-1949 and 1949-1950 seasons, and was also a member of the football team. He attended Cornell University, leaving after one semester to care for his parents. Mr. Farney served in the U.S. Army from October 23, 1952 until October 14, 1954, as an ambulance driver in Korea. Following his service, he returned to the family farm, and ran the farm along with his brother Herbert until 1976.

He was an avid fan of all sports, particularly, South Lewis athletics. He enjoyed golf and bowling. He also enjoyed spending time at Effley Flow and traveling. He was a man of great faith, and loved people.

Mr. Farney was the father and step-father of Peter Wilbur and Marie Farney of Bowie, MD, James Andrew Farney of Belleville, NJ, Thomas Earl and Jennifer Farney of Niskayuna, NY, A. Kenneth and JoAnn Krug of Rome, NY, and Carol and David Szalach of Lyons Falls, NY. He is also survived by a brother, Herbert Hoover and Berneda Farney; and a sister, Janet Burnham, both of Lowville; seven grandchildren and two great-grandchildren, nieces, nephews and cousins. He was a brother-in-law of Shirley Goodman. Mr. Farney is predeceased by a son, William Ross Farney, brother, Paul Webster Farney, twin sisters, Betty and Bessie Farney, and brother-in-law, Stewart Burnham.

The funeral will be at 10:30 a.m. on Thursday, October 11, at the Lowville Baptist Church, with the Rev. Anthony Bradseth, pastor, officiating. Burial with Military Honors will follow the funeral service in the Apostolic Christian Cemetery, Croghan.

Iseneker Funeral Home, New York, is serving the family. Condolences may be made online at www.isenekerfuneralhome.com