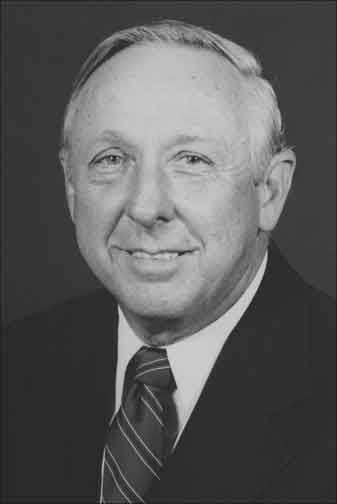 After his freshman year at the University of Alabama (Kappa Sigma Fraternity), he joined the Navy during early World War II. He went to officer training at Tulane University in New Orleans, LA, and Columbia University in New York City, where he graduated 47th in a class of over 1,100. He served three years as his ship's navigator in the South Pacific theatre of war.

Returning home, he graduated in business from the University of Alabama and one year later, upon his father's death, he became sole owner of Carroll Hardware. He later added Parker-Johnson Building Supply, Carroll Heating and Air Conditioning, Carroll Gift Shop, and Carroll Well Drilling to his business interests. He became a major contractor, providing a trainload of sheetrock for the housing at Ft. Rucker and air conditioning all of the houses at Tyndall Air Force Base, FL. He was greatly aided by his cousin and business manager, Frances Kingsley of Ozark.

Mr. Carroll has served since young manhood as a steward in the First United Methodist Church of Ozark. He has been chairman of the administrative board, a Sunday school teacher, church and district lay leader, president of the Alabama-West Florida Methodist Foundation, and he is on the Board of Trustees of Birmingham Southern College.

He and his wife enjoyed many years of foreign travel, golf, fishing, and Alabama football. Often their children joined them in these happy activities.

The family is deeply grateful to Mr. Carroll's cousins, Oliver Kingsley Jr., and his wife, Sally for their ever-present help during his long illness. The family is also indebted to Cathey and Ralph Hobbs and their staff at Parker Realty, Mexico Beach, FL, the staff and members of the Ozark United Methodist Church, and the caring staffs at The Bridge Nursing Home, Port St. Joe, FL, and the Sims Veterans Home, Springfield, FL.

Holman Funeral Home, Alabama, was in charge of arrangements.