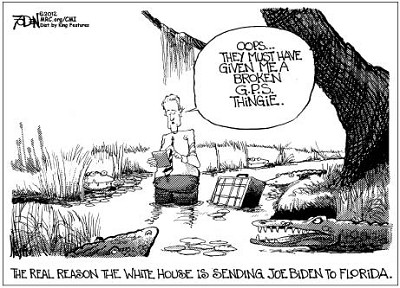 Buckingham Meals Tax Would Not Be Hard To Swallow

The November election is giving some folks indigestion but Buckingham voters will find their ballot menu giving them at least one choice that won't upset their stomach.

Buckingham residents will vote For or Against a meals tax on November 6. Specifically, the ballot question asks whether or not the Board of Supervisors should institute a food and beverage tax of up to four percent.

The opinion here is that a Yes vote that creates a meals tax would be a good thing for Buckingham County because the track record has shown a meals tax benefits communities that have one.

A meals tax provides local government with a new revenue stream, which increases funding for such things as public education and law enforcement, without a real estate or personal property tax increase.

Plus, a significant amount of that new revenue would be paid by folks who do not live in Buckingham. Thank you very much. Buckingham County sees more travelers than many rural communities because of Routes 60, 15 and 20. Travelers get hungry. Most of them come from communities which already have a meals tax. They buy what they want to eat and never think for a second about whether there's a meal tax or not.

What's not to like about having someone driving from Richmond, Charlottesville or Lynchburg contribute to Buckingham County's tax base?

The Town of Farmville has benefitted immensely from a meals tax, which has become the Town's largest source of revenue, and without hurting the restaurant business.

Nearly $39 million was spent in Farmville restaurants last year, an increase of $1.7 million over the previous year, and in a down economy.

In fact, during the Great Recession money spent in Farmville restaurants grew between 2008 and last year from $36.8 million to $38.9 million. And the restaurant business hasn't slowed down in 2012.

A meals tax doesn't keep people from going out to eat. I have never heard anyone in Farmville say, “No, not going out to lunch because there's a meal tax.”

Nobody gives the meals tax a second thought.

They don't even give a first thought.

Think about this, too:

Farmville's meals tax is seven percent. Buckingham is considering a meals tax of up to four percent. It won't hurt and can only help.

Look at the attractive group of restaurants located in that prime spot between Dillwyn and Sprouses Corner where Routes 15, 60 and 20 come together. It's a perfect set-up to attract travelers who will contribute to funding for public education and public safety/law enforcement without blinking an eye.

A meals tax in Buckingham would be easy to swallow.

And without creating the heartburn caused by generating that revenue through raising the real estate or personal property tax rates.

Editor, The Herald: After reading Dr. Banton's letter in The Herald, I became angry when I learned that President Obama... read more