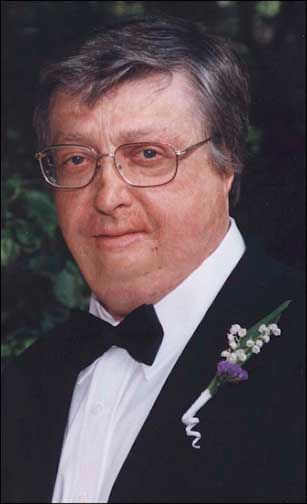 BUCKINGHAM, Sept. 20 -Ted M. Daves, 65, of Buckingham, passed away Tuesday, September 18, 2012 in Martha Jefferson Hospital following a two-year battle with cancer. He was born April 15, 1947, the only child of the late Zeb V. Daves and Selma Philbeck Daves Bess.

Mr. Daves grew up in Ellenboro and Mooresboro, NC graduating with honors from East Rutherford High School in 1966. He graduated from Western Carolina University in 1970 with a degree in Industrial Engineering. He started his career as a Test Engineer for Nuclear Service and Construction Company in Virginia performing shock and vibration testing to harden warships against enemy attack.

In 1976 he and two partners started HI-Test Laboratories, Inc. in Everett, Washington continuing combat ship shock testing. Under his leadership as company president, HI-Test grew into the largest company in the country doing underwater shock testing of naval combat vessels. Not only did HI-Test design and conduct unique tests of individualized pieces of equipment, such as propulsion systems, missile launchers, and control consoles, they were also chosen by NAVSEA to conduct full scale testing in the Atlantic, Pacific, and Gulf of Mexico of entire ships, including the USS John F Kennedy, the USS Kidd, and others, and participated in NATO testing of experimental Surface Effects Ships and unique programs including tests of cruise missiles fired from submarines. HI-Test developed the largest vibration table in the world capable of shipboard vibration simulation of equipment weighing over 60,000 pounds.

The David Taylor Naval Research and Development Center selected HI-Test to design and operate a testing facility for the development of ship hull designs and energy absorbing materials which resulted in double hull ship designs used in modern oil tanker ships; these materials greatly reduce the potential for spillage in accidents and reduce future environmental damage. Continued work on energy absorbing materials development led to patents for combat and non-combat ship hull designs and to development of speedway safety barriers for driver protection during high speed crashes. He considered his co-workers as part of his extended family and made life-long friendships that he cherished. In 2000, Ted sold his interest in HI-Test.

In 1986 Mr. Daves and a partner started Performance Counts Automotive, Inc., a company to develop and build specialty and high performance racing engines. Performance Counts engines have set several track records, won track and regional championships, and been installed in cars that have set world records through the nationally televised Barrett-Jackson Auto Auction.

As a teenager, Mr. Daves was often under the hood of or driving a racecar. Since 2000, he has operated Sugar Hill Racing, Inc. a NASCAR Late Model Stock Car Team. Racing was his passion and he loved being a mentor to young racers. While racing a limited schedule, the team won three pole positions and seven races in this very competitive series.

Mr. Daves always held his family close to share the good times, endure the hardships, and always pulled closer through the trying times. He was badly burned at age 14, but despite the scarring and disfigurement he incurred he lived his life to the fullest without complaint, filling his life with compassion and love for others and generosity for his community. God bestows different gifts on each of us. In his case, He chose to give him a few extra ones. He gave him the gifts of acceptance, kindness, humility, honesty, intelligence, humor, sincerity, optimism, and love. He touched the lives of many and demonstrated how to live an honorable life.

The past six years were made especially sweet by his grandchildren. As an inventor, he was often creating unique toys for them. Mr. Daves was an avid storyteller who told stories with a twinkle in his eye and filled the room with his laughter. The gift of this gentle man will be missed by many.

The family will receive friends from 6 until 8 p.m. at Puckett Funeral Home on Thursday, September 20.

Services will be held at Sandy Run Baptist Church in Mooresboro, NC on Saturday, September 22 at 2 p.m. with visitation following at the church. By Mr. Daves' request, he will be buried next to his father.