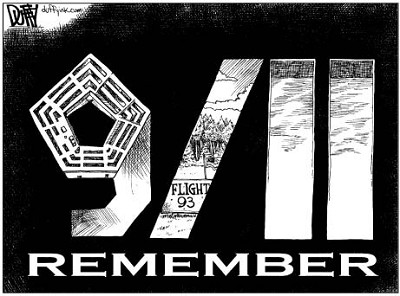 Did you hear about the latest physical fitness test standards for Virginia's public school students?

Children who don't wear glasses will be expected to run 100 yards in under 20 seconds.

Children who wear glasses, on the other hand, will be told the state's expectation of their athletic ability is half that distance in thrice the amount of time-50 yards in a minute.

What a positive, esteem-building self-image this will produce among children who do not wear glasses.

How much more physically fit and healthy they will be, as a result, than the children who wear glasses.

But what about the children wearing glasses?

What? You don't believe these new standards make Virginia's public school students who wear glasses feel so very, very good about themselves or attain physical fitness, with all of the physical, emotional and health benefits that come from being physically fit?

Yes, you are correct. They will not.

Separate and unequal standards are inherently demeaning and destructive. They reach insidiously into the minds of children, poisoning the attitudes of self, and others, among both segments of the population-children who do not wear glasses, and those who do.

Children who do not wear glasses will be taught, however subtly, that they are superior to their classmates who do wear glasses.

Children who do wear glasses are going to learn the lesson, intended or unintended, that they are regarded as inferior.

Perhaps most insidiously, the state's own disparate standards will actually encourage and result in more children who wear glasses being less physically fit-and lead less productive lives-than the children who do not wear glasses.

Fortunately, however, I have totally made up these new physical fitness standards. They are the product of nothing more than my imagination.

Unfortunately, the truth is far worse.

The Virginia Department of Education has recently announced annual learning goals and the state has set lower expectations for Virginia's Latino and African-American children than white students.

The Virginia State Conference of the NAACP does not exaggerate in its declaration that such separate and unequal standards-separate and inferior expectations-“not only lowers the students' expectation, but places them on a destructive direct path towards failure.”

In its August press release, the NAACP correctly observes: “any stated plan to deliver a separate and inferior education to a group of children based on their race, language, social economic status or disability, is nothing less than a violation of civil rights. We believe these efforts to be cruel and find the use of such discriminatory practices unacceptable.”

They are indeed unacceptable.

As the United States Supreme Court ruled in the landmark 1954 Brown v. Board of Education decision, separate and equal is a lie.

I thought this state and this nation had already learned that lesson.

Rather than create lower expectations, and in a way that encourages even lower and lower results-making those lower expectations an acceptable standard, in fact-the state needs to provide the variety of means necessary to, as the NAACP states, “guarantee a fair and equitable educational opportunity for all its children.”

Everyone can see the truth.

You don't encourage a child to succeed by telling them you expect them to fail.

I know video games-well, as a teenager growing up in the late 70s and early 80s, I was there witnessing... read more