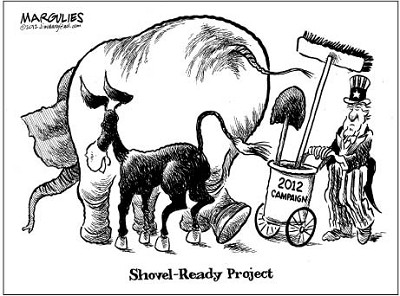 PE Middle School Sept. 22 Kick-Off Is No Game At All

The middle school deserves credit for embracing a proven anti-bullying program, one that was created in Norway following the 1983 suicides of three teenagers, who were the victims of severe bullying. The Norwegian Ministry of Education commissioned Dr. Dan Olweus to design a program to effectively address, diminish and prevent bullying in response to that tragedy. The program bears his name and has proven effective in Norway, but also in England, Germany and the United States, as the middle school has noted, with a 30 to 70 percent reduction in student reports of bullying.

Clearly, far more than victory in a game is up for grabs and the September 22 kick-off deserves wide community support. The quality of lives is at stake.

“We want this to be a really big event, to see the community and the school pull together. Participants can walk as many laps as they want or just enjoy the booths and concessions,” said Teresa Vance, the organizer of the pledge walk, in a press release.

The final score, in the days, weeks and years following this kick-off, will number human beings, not points. The effects of bullying are devastating.

As we noted in a previous editorial on bullying, research has linked bullying with decreased academic success, with students withdrawing from following teacher directions and participating in class, falling far short of their capabilities as classwork and homework fall to the wayside.

They grow to fear and hate school because of what is done to them by bullies when they are in school or riding on buses to school.

As the Virginia State Board of Education reports on its website, “This led to progressively lower scores on standardized tests and a decrease in achievement on the Wide Range Achievement Test. Though both physical and verbal bullying led to an increase in school avoidance, the impact on academic performance was highest among students who were bullied through exclusion.

The researchers “found that bullied students reported disliking school and received lower grades than students that were not regular targets of bullying behavior,” the State Board of Education's website states.

Happily, however, anti-bullying measures have been proven to work and create the opposite effect among students, schools and communities.

“Researchers have found that systematic bullying prevention efforts in schools can positively affect school performance and lead to increased achievement on test scores. (Researchers) found that students in elementary schools that had implemented bullying and violence prevention programs for two years or more demonstrated higher achievement than did a matched comparison group of control schools with no bullying prevention programs. Furthermore, when students left the schools with the programs and transferred to schools without programs, their academic achievement dropped,” the board of education's website reports.

Let's not fumble the September 22 kick-off.

Let colleges play their own game that day.

This is real life.

All you've got to do, Ms. Vance told us, is show up at the high school track. “We'll be there waiting,” she said. “It's a dollar to come in, one dollar per person to enter, and you can just walk at your leisure. You can walk as many laps as you like, or as little as you like. We just really want the community to come out…We want everyone, even if you don't have a child in the middle school, to come out and support the event because it's such an important cause.”

Everyone can take strides together that day against a true evil.

In Defense Of Vacations

Despite their reputation as being nothing more than fun-filled days of relaxation and recreation, I don't think vacations are as... read more