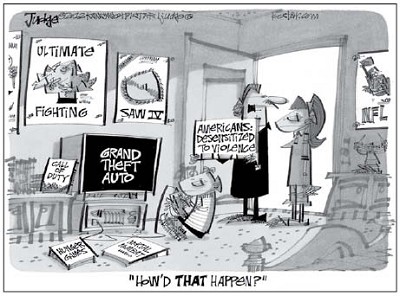 What Is So Wrong About Signing The Back Of A Paycheck?

What a funny old world it is. Why is someone appearing on FOX And Friends going so far out of her way to praise the Democratic President of the United States and those who support him? Hard-working Americans, who are the backbone of any successful small business and sign the back of their well-deserved paychecks, apparently support President Obama, who also signs the back of a hard-earned paycheck.

The support of such nose-to-the-grindstone Americans speaks well of the president.

But, no, obviously that is not the intent of the “what side of the check do you sign” divide that has emerged in the 2012 election.

Yes, of course, the meaning of the words cited by Malkin is not meant in praise of President Obama and his supporters but apparently to be a derisive put-down.

Wrestling with this so-called “popular contrast and description” of those who support different candidates for President, in an effort to understand why I should suffer from low self-esteem as a working American, I have been pinned to the mat.

Just as I respect those who sign the front of paychecks.

And I hold their employees in equal esteem.

Ladies and gentlemen, we can't allow the national political agenda of powerful self-serving interests to divide us as Americans. The equation is simple math.

One plus one equals two.

Or, employer plus employee equals a business.

Remove any part of the equation and there is no payday for either employer or employee.

It takes everyone together on both sides of a paycheck.

For anyone not to understand this basic fact of life is mind-boggling and the Romney camp comes across as elitist for riding the wave of such a “popular contrast” between him and his supporters and President Obama and his supporters.

It is an elitist point of view to regard workers as inferior to those who employ them and pits, in political rhetoric, class against class.

Romney supporters who embrace the whole check signing status symbol reinforce a stereotype of the GOP as mainly concerned for the wealthy, the top two percent of Americans filing tax returns. “Romney types, of course, are the types who sign the front of the paycheck” is a phrase-especially due to “of course”-that self-inflicts the elitist stereotype of the GOP, but also of Democrats as for the common man, the working man.

Likewise, Republican members of Congress sign the back of their federal paychecks the same as Democrats, just as they all sign the back of political campaign checks donated so they can keep receiving their congressional paycheck.

Mr. Romney, remember, is applying for a job that, if he is lucky enough to be employed in November, will result in him signing the back of a paycheck.

Just as President Obama signs-and is slammed by some of his political opponents for doing so-the back of a paycheck.

In the meantime, Mr. Romney and his campaign keep signing the backs of all those big campaign donation checks, even though, because they are donations, he's not actually working for them. Just as he did when he ran for the United States Senate in 1994, for governor of Massachusetts in 2002 and then for president in 2008. Mr. Romney has spent his entire political life signing the backs of checks. Send Mr. Romney a check and he will sign the back of it so quick it will make your pen swim in its own ink.

Is anyone wondering who will sign the front of Mr. Romney's paycheck if he gets the job he's applying for now, re-joining America's workforce?

The same people who sign the front of the paycheck of every member of Congress, Republicans and Democrats.

The same people who sign the front of the paycheck of President Obama.

Employers and employed, who depend on each other for our mutual paydays.

And none of us are second-class citizens.

Editor, The Herald: Ordinarily I wouldn't respond to a letter as, in my opinion, irrational and ill-informed as the one... read more