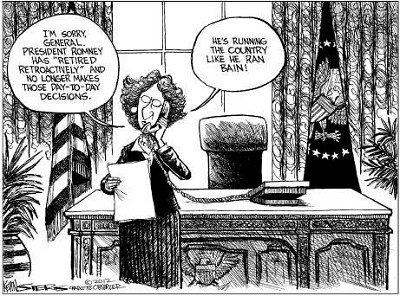 Virginia Believes These Are Waters Of The State, Comrade

No, it doesn't seem right that a landowner must get permission from the state before withdrawing water from one's own reservoir, lake, or pond.

The requirement to do so, however, was made clear last week by the Department of Environmental Quality. Those reservoirs, lakes, and ponds, the Prince Edward County Board of Supervisors was told, are considered “waters of the state.” And the state possesses the authority of high and low justice when it comes to withdrawal of those waters.

The Sandy River Reservoir is one of those “waters of the state.”

And so are lakes and farm ponds, depending on the volume of withdrawal.

I can understand Holiday Lake being a water of the state. Bear Creek Lake, too. Those lakes are in Virginia State Parks. Okay, understood. Those are waters of the state.

But the Sandy River Reservoir, Wilck's Lake and Mottley Lake?

Or, maybe I do get it and just don't like it.

Let me be clear that I have nothing but respect for the DEQ staffer who presented the information during the special called Board of Supervisors meeting on August 1 in a thoroughly professional and well-informed fashion. My concern is with state policies, state laws, and what impact they might have on the Sandy River Reservoir some day. State law and policies are the creation of our elected members of the Virginia State Senate and House of Delegates. Any gripe is with the politicians, not DEQ personnel, who do a difficult job well.

With the new emphasis on state drought management and water supply planning, there already seemed a greater possibility that a locality other than Prince Edward County could claim the unused Sandy River Reservoir water for its own water supply use. And that, given the power of urban legislators in the General Assembly, any new law, or tweaking of existing statutes, necessary to give urban or suburban Locality A a large share of rural Locality B's reservoir would easily get the necessary votes. If the needed law doesn't exist now, it will. Of that you can be certain.

That concern has taken on a deeper dimension in light of the fact that, under already-existing state law, the Sandy River Reservoir's gallons, like other bodies of water in Virginia, are considered “waters of the state.”

“Waters of the state” is a phrase that sounds more fitting to the former Soviet Union, where the government decided how to spread resources around.

Prince Edward County does have a permit to withdraw water from the Sandy River Reservoir, though it has not exercised that permit, nor does the County seem likely to do so before needing to apply for renewal of that withdrawal permit.

One thoroughly understands, therefore, Town Manager Gerald Spates' strident disagreement that the Town of Farmville must secure state permission, and County permission, to withdraw water from a lake it purchased specifically to use as a supplement to the Appomattox River in time of dire drought.

And one completely accepts the concern some have, including the composer of this editorial, that the Sandy River Reservoir seems equally vulnerable as a water of the state.

And so more vulnerable than ever.

This concern, I know, is not shared by everyone. I hope they are right.

US Government Declares There Are No Mermaids

According to a July 3 BBC News report, a US government agency said last month there is no evidence that... read more