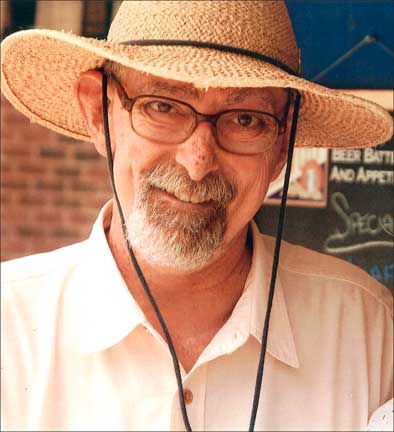 Mr. Britton lived his life to the fullest and he leaves a legacy of Bill Britton stories, all of them true. He also leaves a host of friends whom he loved dearly. It has been said he never went anywhere without running into someone he knew.

He was educated in Charlottesville (Lane High School) and Richmond (VCU). He was proud of his role in the legendary “STREAK” at Lane when the football team went undefeated for seven years in the 1960s. He began his career in local government in Farmville as building inspector and moved to Appomattox to serve both the town and the county for many years. Mr. Britton was named County Administrator in Powhatan County in 1986, and became Director of Development in 1989 for Charles City County, serving until his retirement in 2008.

Mr. Britton loved hunting and fishing and whitewater canoeing. He was a longtime member of Float Fishermen of Virginia and a longtime member of Virginia Ducks Unlimited, serving as Marsh Chairman for several years. He helped start the DU Chapters in Lynchburg, Powhatan and Charles City. He received the Virginia Wildlife Federation Conservationist of the Year award in 1998.

He is survived by his wife, Keane Hollomon Britton; stepdaughter, Catherine Anne Boe; sister, Barbara Lee Britton; sister-in-law, Jane Hollomon Graettinger; niece, Alison Graettinger; nephews, Will Graettinger and Eric Paul; and numerous cousins. We wish to acknowledge his cousin Betsy Combs who, without hesitation of any kind, gave him one of her kidneys in 1994, providing him with 18 years of extended good life. We are forever grateful. He was deeply honored to have two children named for him, Britton Hewit and William “Little Bill” Dickerson. His home was known to his niece and nephew as “Camp Britton.”

Mr. Britton loved his many trips to Ireland and his extended family there. He lost his left arm to metastatic cancer in October 2011 and went deer hunting as soon as he was released from MCV Hospital. He loved Charles City County and his own little piece of heaven on the Appomattox River in Prospect (known to generations as Sheltering and Shelton's Rock). Seven weeks ago he was hunting in Montana; two weeks ago he was in Pittsburgh to see his favorite niece receive her PhD. No matter the obstacle, he adapted to conquer it. He often said he never did anything he didn't think he could do – and he did nearly everything. It was easy to love Bill Britton, his sense of humor, his desire to help others, his sense of adventure, and his loyalty to his family and friends. We are better people for having him in our lives.

Please consider a tribute gift in Bill's memory to the Virginia Chapter, Ducks Unlimited, The Massey Cancer Center, Hospice of Virginia, or the Virginia Historical Society.