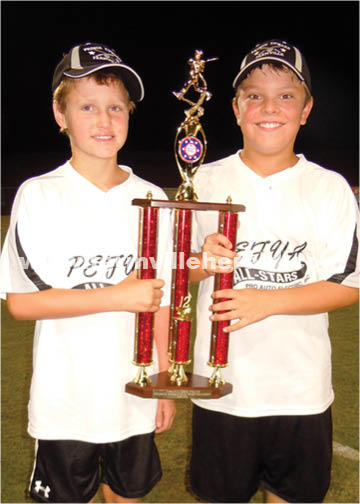 The Prince Edward Farmville Youth Association Dixie Youth Baseball Major League All-Star team finished short of its goal of capturing the DYB Virginia State Title, but the team did manage to bring home some hardware from the tournament that concluded in South Hill on Tuesday night. PE Farmville won the Sportsmanship Trophy and with a .800 average, Christian Adams won the tournament's batting title.

SOUTH HILL – Thought to still be a year away from being a major contender at the state level, the... read more