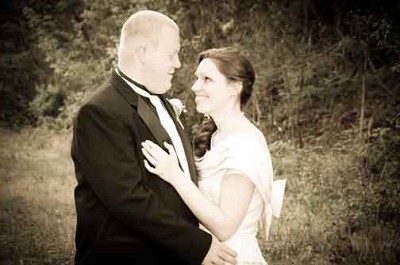 The bride, escorted by her father and given in marriage by her parents, is the granddaughter of Kirby R. Mottley Sr. of Farmville, and the late Fay C. Mottley and Mr. James LeWarne, of Prospect, and the late Virginia LeWarne.

The pianist was Mrs. Dana Giles.

The rehearsal dinner was hosted by the groom's parents at the church fellowship hall. The reception was held at the Farmville Train Station. Music was provided by Kristopher Hale, of Roanoke,.

The couple will reside in Millboro.

Mr. and Mrs. Douglas Cameron of King George, are pleased to announce the engagement of their daughter, Sarah Marie Cameron,... read more