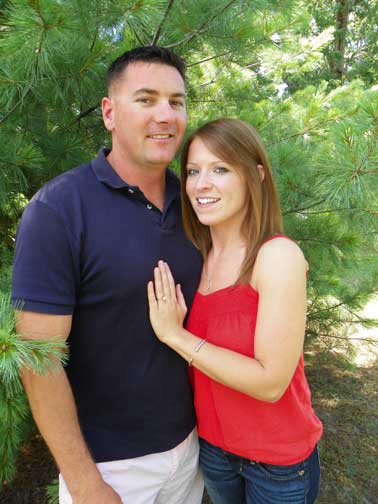 Colonel Greg and Mrs. Rose Eanes, of Crewe, proudly announce the engagement of their daughter Amanda Rose, to Sergeant Aaron Reed, USMC. Sgt Reed is the son of Jeffrey S. Reed and stepson of Tissie Reed, of Dolphin.

Amanda is a 2004 graduate of Nottoway High School, earned a Bachelor's from Old Dominion University in 2008 and a Master's from ODU in Speech Pathology in 2010. She is a licensed Speech Language Pathologist most recently employed in Virginia Beach schools.

Aaron is a 2001 graduate of Brunswick Academy and currently serves as an infantry squad leader in the 2nd Battalion of the Second Marine Infantry Regiment at Camp Lejeune. A combat veteran with four deployments, Aaron was recently selected to represent the Marine Corps in a recruiting assignment.

A September wedding is planned at the Virginia United Methodist Assembly Center in Blackstone.