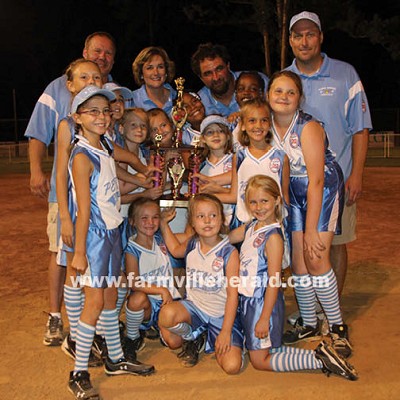 The Prince Edward Farmville Youth Association Darlings All-Stars team captured the District I Dixie Softball Tournament Championship on Wednesday evening. The Darlings avenged an earlier loss to Brunswick in the tournament final, recording a 15-10 victory. The Darlings will now move on to the Virginia State Tournament, which is scheduled to begin on July 13 in Amherst. PE Farmville will actually start its play in the tournament on July 14, as the District I Champion drew the tournament's first-day bye. (Submitted Photo)