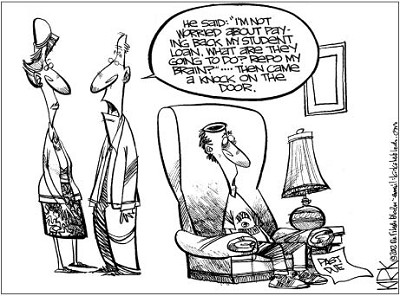 Faced with the very difficult and totally unanticipated challenge of having to select an interim president, Longwood University could not have done better than Marge Connelly.

The selection of Ms. Connelly provides the university with someone intimately familiar with the university, its administration and academics, its past and its present, in addition to the visions Longwood embraces for its future.

Vitally, the appointment of Ms. Connelly achieves the goal without creating an additional and disruptive void, which would have been the unavoidable consequence had the university appointed someone already in the administration to fill the unfortunate vacancy created by Patrick Finnegan's health-driven resignation.

Ms. Connelly is a former member of the Longwood University Board of Visitors. Moreover, she is a former Rector, the leader, of that governing body. Furthermore, her time on the Board only recently expired so her experiential knowledge of Longwood-its needs, challenges, strengths, and both short and long-term goals-is current. She doesn't need to be brought up to speed, as someone brought in from off-campus would require. Ms. Connelly will step into the president's office as seamlessly as any reasonable expectation might hope. She knows who does what and where to find them, and work with them within the university's team.

The familiarity she brings to the responsibilities of the office, and without creating a disruptive vacancy elsewhere in the administration, will be crucial because it provides Longwood University a firm and stable foundation upon which a national search can be conducted to find a successor to General Finnegan. She's got the nous for the job and she can be expected to put her nous to the grindstone on Longwood's behalf.

Longwood will be able to focus on its current mission and myriad daily responsibilities without anxiety for the level of competence exercised by the interim president. Expect excellence, not competence, from Ms. Connelly, who will serve as acting president through June 30, when General Finnegan's resignation becomes effective and she assumes the role of interim president.

Ms. Connelly's leadership abilities and intelligence have been clearly demonstrated in her professional career as a financial services executive, serving in top positions for Barclaycard, Wachovia Securities and Capitol One Financial Services. At Barclaycard, Ms. Connelly was global chief operating officer, responsible for all operations and technology supporting the company's activities throughout the U.S., Europe and the United Kingdom. Prior to that she had been chief operating officer for Wachovia Securities.

As current Board of Visitors Rector, Marianne Radcliff, noted, the university is “fortunate to have someone with Ms. Connelly's management experience, financial acumen, and knowledge of Longwood to guide the university through this transition. We are confident that she will keep the university moving in the right direction.”

Such confidence is not misplaced.

Washy, washy. Happy, happy. Cleanliness, so the old saying goes, is next to Godliness and on cruise ships, well, it's... read more