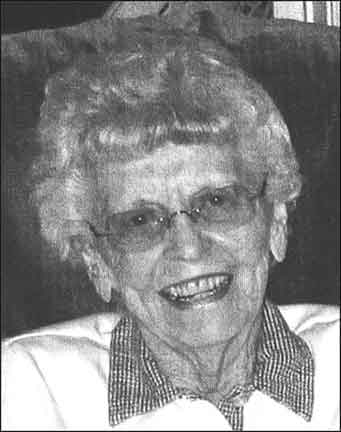 She and her husband lived in Fair Lawn, NJ for 59 years before moving to Farmville in 1999. In Fair Lawn she served as an assistant librarian at the public library and developed a love of reading that she pursued daily for most of her life. She enjoyed the beauty of flowers and with great effort in her later years worked on hands and knees to plant them in her yard. Mrs. Risacher had a great love for her close friends and family. She enjoyed holidays and every opportunity to get together and spend time with those she loved. She was known for her warmth, generosity and love. She was very dedicated to her three grandchildren. From the time they were just babies she had them stay at her home for at least one week every year for “special treatment” at Grandma's house. As they got older she took them separately.

Mrs. Risacher is survived by a son, Robert L. Risacher and wife, Billie F. Risacher of Farmville; three grandchildren, Tracy Bristow, Kathy Esser and Daniel Risacher; their spouses and nine great-grandchildren. She was preceded in death in 2006 by her husband of 66 years, Louis J. Risacher Jr.

A memorial service will be held at 11 a.m. Friday, June 8 at the Chapel of Doyne-Burger-Davis Funeral Home. A gravesite service will follow at Westview Cemetery.

Remembrances may be made to Farmville Moose, 1409 Longwood Ave. FarmviIle, VA 23901.

Doyne-Burger-Davis Funeral Home, Farmville, is in charge of arrangements.