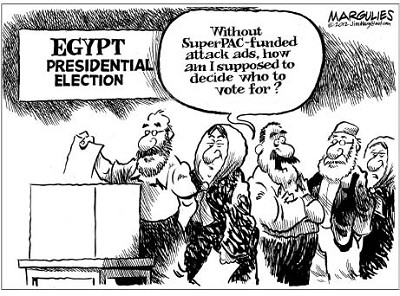 In 1999, Prince Edward County received approximately $4,500 in real estate tax revenue from the land in the Poplar Hill CDA. In December, the County received $59,312 in real estate taxes from that same property, even though the hotel/conference center and residential development portions of the project-by far the major revenue producers-never materialized, only the golf course.

If that could produce eleven times the real estate tax revenue for the County, imagine the tax revenue that would be available to increase funding for Prince Edward County's public school system if the proposed Granite Falls Hotel and Conference Center project becomes a reality and succeeds to its expectations.

The actual projections are slightly more than $26 million in tax revenue from 2014 to 2043. That is serious cash. One cent on the County's real estate tax rate currently generates $150,000; $26 million is a lot of money without raising taxes.

There is no greater priority for Prince Edward County than transforming, and sustaining, its public schools into a system that is the envy of rural America. A successful Granite Falls project would be a major contributor to that goal. For that reason alone, everyone should want the Granite Falls project to materialize and become a successful venture.

I have not taken an editorial position on the Granite Falls project until now, largely because of the difficulty in getting my head around the complex financial arrangements of the proposal, particularly as it relates to Prince Edward County's involvement and subsequent vulnerability should the project falter. The developer, Bob Fowler, and County Administrator Wade Bartlett were kind enough to spend an hour walking me through the proposed project's financing and I have far greater clarity. There were pieces of the puzzle I did not understand and some things I did not know. I listened, asked questions, and learned. Yesterday, I went through the presentation again.

Though no expert, it appears to me that, as presented and proposed, those risks are minimal and the potential financial reward for the County and its public schools could be immense. Not to mention the jobs and economic multiplier effect the multi-million-dollar payroll and spending in the community by out of town guests would have across the local economy. Both Prince Edward County and the Town of Farmville would benefit economically were Granite Falls to succeed. Without question.

As for risk, the County can put a portion of the approximately $1 million it will receive upfront-from sale of the land and water and sewer tap fees-into an escrow account to cover any worst-case scenario.

I now understand how the Board of Supervisors on March 27 was able to vote unanimously, 8-0, no negative votes whatsoever, to accept the financial plan and recommendation of the Granite Falls CDA and adopt a resolution of support regarding the Granite Falls CDA-contingent on all of the proposed financing for the project falling into place as presented and proposed.

The Board of Supervisors will be criticized by some. So be it. The Town of Farmville and Town Council were criticized years ago for spending money to extend water lines southward, water lines that are now used by motels and other businesses that would not have located in Farmville without that infrastructure in place.

Is there any guarantee that this or any future Board of Supervisors will invest most of the increased tax revenue in Prince Edward County's public schools? No, there is not.

But we have seen this spring how resistant the Board of Supervisors is to raising taxes to increase school funding, even when expressed public support is fervent for doing so. Most politicians, most Boards of Supervisors, are resistant to raising taxes, for any purpose, as are the majority of people in most communities. Resistance may not make itself public but it is there and that resistance is felt by those making the funding decisions.

If successful, the Granite Falls project, as presented and proposed, would significantly increase the tax base and revenue for Prince Edward County. It would then be up to the people of Prince Edward County to provide the political impetus for the Board of Supervisors to increase funding for public education, and without raising taxes.

What is more likely?

That Prince Edward County's Board of Supervisors votes to increase education funding by $26 million over and above its normal funding level during the next 29 years?

Or that a successful Granite Falls project increases tax revenue to the County by $26 million (in addition to the jobs, workforce training component and all the other positive things it can bring to the community and economy)?

There is no chance, completely zero, that the Board of Supervisors, no matter who is elected, will vote to increase education funding by $26 million over its normal funding level from 2014 to 2043.

But there is a very real chance that Granite Falls can produce $26 million in additional tax revenue during those years, and keep adding to it year after year. That doesn't mean we stop pushing for increased funding for public schools. It does mean we support growing the economy and the tax base and jobs while doing so, which makes achieving our goal more likely.Even if the projections fall short by 50 percent, that is still $13 million in additional tax revenue that can be used for education in that time period, with additional revenue coming in every year afterwards.

And renewed commitment and resources every year is what it takes to build and sustain the best public school system in rural America.

For that reason, in particular, the Granite Falls project, as presented and proposed, has my full editorial support.

Tutoring And Remediation Mean Support For On Time Graduation

Quite arguably, it could be said that these are the best of times and the worst of times. Much like... read more