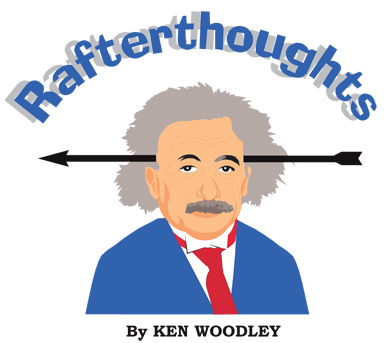 If George Allen were a cat he'd have no worries.

Sure, Macaca-gate would have knocked off one of his lives but there'd be eight left and he'd be running for president now.

There is only one cat in this year's battle for one of Virginia's two United States Senate seats, however, and that's Hank, a Springfield resident who grew up in Fairfax County.

Don't believe it? Go to hankforsenate.com and donate, volunteer, or visit the campaign store.

Hank may not be the purrfect candidate-neither Tim Kaine nor Allen would eat a mouse unless it was for a major donation. But he always lands on his feet.

According to Hank's owners, Matthew O'Leary and Anthony Roberts, the candidate's hobbies include sleeping, attention, and cheese. So, in some respects, he reminds me of former President George W. Bush, as portrayed by Will Ferrell on Saturday Night Live.

Hank is not a feral cat, mind you, though he was born to a single mom, a kind of rags-to-sofa-cushions story.

Hank's owners have been promoting a petition drive to get Hank's name on the ballot for November and I applaud them for doing so. Hank is an honorable creature, donating all proceeds to animal rescue groups. No other candidate gives away campaign contributions to causes other than their own.

And few have such wisdom.

He's a candidate unafraid to branch out.

And farther out on any limb than either of the former governors Kaine and Allen.

But is Hank barking up the wrong tree?

The absence in their ads and speeches of any reference to Hank by either Mr. Allen or Mr. Kaine is telling. Not mentioning the opponent one fears most is an accepted political mantra. One doesn't want to elevate one's opposition.

Clearly, then, the silence regarding Hank by both men, even as they trash each other, speaks volumes about their concern that Hank might declaw the aspirations of both men for the United States Senate.

Some say Hank's campaign doesn't have a leg to stand on but, obviously, Hank's got four legs and, aside from the occasional bit of catnip, no vices that might make for dramatic last-minute darkly negative television ads from the Kaine or Allen campaigns.

When I think of this brave animal's bid to serve his country-looking at the politics as usual of Allen and Kaine-I am reminded of that lyric sung by Waylon Jennings:

“I don't think Hank done it that way.”

We can do it Hank's way in November.

Editor, The Herald: Bravo goes to Thomas Friedman, on his article A Festival of Lies in the April 20, Farmville... read more