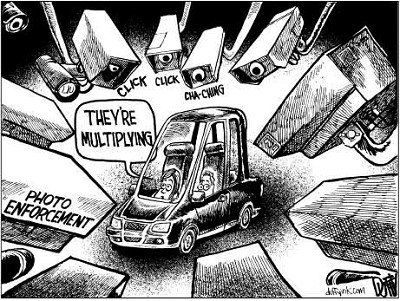 If Not Nottoway County, Then Madeline's House Must Depend Upon Us

The advent of a US State Department Foreign Affairs Security Training Center must not be allowed to spell the exit of the only shelter that provides security for the victims of domestic violence and sexual abuse in a 12-county area.

Over 1,000 women and children have found life-saving shelter at Madeline's House since it opened in 1999.

One thousand and 93 vulnerable human beings whose lives were threatened by those they believed would love them, instead.

The shelter is named in loving memory of a woman who did not have Madeline's House to turn to.

We cannot allow that terrible void to return to our communities.

The U.S. State Department Foreign Affairs Security Training Center (FASTC) project is a huge boon for Nottoway County's economy, and will provide jobs for those living in the surrounding area. The training it provides is important to our national security, too.

But security begins at home.

Homeland security must include the houses and apartments across the 12-county region served by Madeline's House and surely some arrangement can be made to assure the shelter's continued survival, and the survival, therefore, of those it serves.

The best option is continued use by Madeline's House of its current facility. The shelter is on 1,500 acres Nottoway County is selling for use at Fort Pickett by the FASTC project. But its footprint on that vast amount of acreage is just 500 feet, hardly an intrusion on foreign affairs security training on so large a tract of land.

Madeline's House has appealed to both local and federal government officials for an adjustment to allow the shelter to avoid seeing its building demolished, but so far without success. We join the many voices asking for Nottoway County to facilitate the necessary action. Share the abundant good fortune of having the FASTC project come to Nottoway County and Fort Pickett by not abandoning the women and children who depend upon Madeline's House to protect them from domestic and sexual violence and abuse.

The only other alternatives are finding a new location, or building one. The 33-bed safe house that is poised to be demolished by 2014 must continue to exist somewhere in the region it serves.

If Madeline's House sees its Nottoway County facility destroyed, then the 12-counties of people it serves can quite easily share in the expense-a minimum of $300,000-to build a new life-saving shelter for the women and children of Prince Edward, Buckingham, Cumberland, Amelia, Brunswick, Charlotte, Dinwiddie, Halifax, Lunenburg, Mecklenburg, Nottoway and Powhatan. That would be $25,000 from each County to generate $300,000, an easily achieved goal within a County budget, particularly given what those funds would create for the citizens of those counties.

“It is critical that Madeline's House finds a new home before our eviction date in order to avoid any lapse in services,” said Emily Marshall, executive director of Madeline's House, “to these women and children.”

Madeline's House is seeking public support in a letter-writing campaign to key public officials, in fundraising for any relocation or renovation costs, and to offer suggestions about a potential new home for its life-saving shelter from the deadly storm of domestic violence and sexual abuse.

Madeline's House believes that “the biggest challenge is the lack of financial resources needed to fund the costs of relocation. The vast majority of financial resources available to the shelter are restricted for program costs (state grants). Operating costs are funded primarily by smaller individual and community group donations,” a Madeline's House press release relates. “The federal government will provide limited relocation assistance, but not enough to meet the extraordinary costs of renovating a comparable location that will meet the specific needs of the women and children we serve.”

But, again, the obvious and easiest solution is finding a way for Madeline's House to keep its current address in Nottoway County, whose good fortune with the FASTC project must not become a stroke of disastrous, and perhaps fatal, bad luck for the women and children who will seek its shelter in the years ahead.

If Madeline's House had not been here for the past 13 years, what would have happened to the 1,093 women and children it has sheltered from domestic violence and abuse?

Come on, Nottoway, you can do it for us all.

This Has Nothing To Do With Mars

Who knew that to ensure a massive box office flop all you needed is the word “Mars” in the movie's... read more