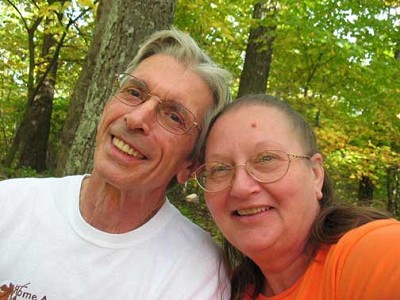 December 21 was Daniel and June Ashmore's 10th wed-ding anniversary. They celebrated quietly at home in Curdsville, Buckingham County. June is a retired teacher/librarian from Cumberland Schools and Greenwood Library. She is originally from East Tennessee. Daniel works at Tri-Boro Shelving in Farmville. Daniel is originally from Coventry England. The Ash-mores were married in Pigeon Forge, TN, at the Mountain Mist Chapel on December 21, 2001. There is one son, William Trent, also from Curdsville, the best man at the wedding ceremony.