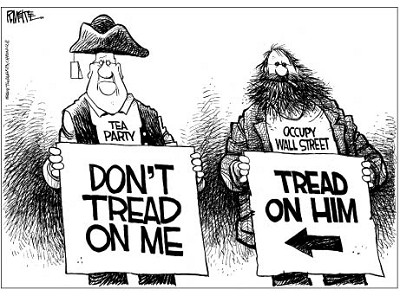 Whether you are a Republican, a Democrat, an Independent, or find no label on yourself other than the manufacturer of your blue jeans.

Here's hoping he is tremendously successful in effectively representing our community here in Buckingham, Cumberland, Farmville and Prince Edward.

Tom Garrett is our senator for the next four years and so that means that he is one of the very most important tools on our community's shelf. Anyone who fails to use that tool, keeping it on the shelf, is foolish and wounds any cause that requires legislative action or advocacy.

Such strategy has less wisdom than a whale inviting Captain Ahab to dinner.

If we're all in the same boat headed for an iceberg why would anybody want their own boat to hit the iceberg simply because they didn't like the captain? Yet, some in partisan political positions do relish the thought. They care more about returning captaincy of the ship to their own political party than the state of the ship, itself, and the fate of those aboard her.

Mr. Garrett's victory presents local Democrats the chance to set an example the rest of the nation should follow. Four years from now, if Mr. Garrett has proved to be an ineffective tool, turn the next election into a trip to the hardware store and bring home something else.

But what an awful waste it would be for anyone to spend four years waiting for a chance to unseat their own community's state senator. Personally, I have found that the Republicans and Democrats elected to the General Assembly through the years-here and elsewhere-have been equally willing to listen to legislative proposals and provide valuable support.

Some legislators have been more effective than others but their party affiliation has never been the determining factor.

So let's take full advantage and help make that heart beat for us.

While Mr. Garrett was portrayed during the election season as a Tea Party extremist by some, and is a self-declared Cuccinelli Conservative, those who embrace other political philosophies don't have to wear garlic around their necks and keep their distance during the full of the moon.

“This might be a shock…but I will work with everybody down there, regardless of what letter is beside their name,” he told us the day after winning the election, referring to the R and D that signifies political party affiliation.

During our conversation, Mr. Garrett noted the varying ideologies among Virginia's residents and he certainly has his own ideology-as we all do.

“I will be true to my word and principles,” he said, “and I will be accessible and listen to everybody.”

That is a good philosophy for all of us to share.

Be true to our word and principles and take advantage of Mr. Garrett's accessibility and willingness to listen.