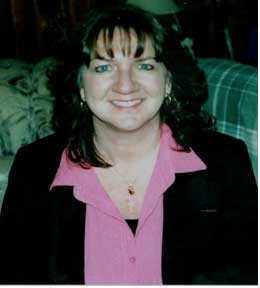 CUMBERLAND – Debbie Bruce has announced that she will be seeking election as a write-in candidate for the Fourth District for the Cumberland County School Board.

“I have been a resident of Cumberland County for most of my life along with my family,” she stated in a provided press release. “My grandparents moved here from Mt. Airy, North Carolina in the late 1930's. I attended Cumberland County Elementary School and graduated from Cumberland County High School in 1980.

“Immediately following graduation I attended Longwood College for a year and attended Southside Virginia Community College the following year. I was employed as a secretary at New Dominion School in Dillwyn for three years, then with the Amelia and Cumberland Health Departments for four years. The next journey of my employment was with the Cumberland Public School system. I was a secretary for the special education department for the first few years and, as my position evolved, I was responsible for tracking the expenses and requesting reimbursements for all federal and state grants that the school had received and was responsible for the data entry of the accounts payable for the entire school.

“Altogether, my employment at Cumberland County Public Schools was for almost 17 years. Currently, I am a budget analyst at Longwood University. As my work history has shown, I have been involved with education for most of my working life. While employed full time, I attained my Associate's Degree in Administrative Support Technology from Southside Virginia Community College,” Bruce states in the release.

“I feel that in order for all students to achieve educational success, teachers need to tailor their instruction to the needs of each child and parents also need to reinforce what the child has learned in the classroom by being involved in the homework process,” states her release.

“I also want to be somewhat of an advocate for the students, employees, and citizens. I feel they need to have someone whom they can discuss issues that may surface regarding the schools.”

In the release Bruce states, “Another issue that is very important to me is the safety of all students and employees. I want all students to feel safe and to know that we will not tolerate fighting or bullying. The students should be at school to learn and should not have to be concerned about anything but doing well academically.

“Since I first attended Cumberland Schools as a sixth grader, I have loved it,” she states in the release. “After attending a private school and never feeling that I fit in, I felt that I had found my place here. I was able to make friends and have been close to them after all these years. The schools are much better today than they were back then, yet we still had graduates who became very successful in life. Cumberland graduates are now assistant vice presidents at universities, lawyers, certified pubic accountants, and teachers. These are just a few of the occupations of some of my classmates of 1980.”

Bruce states, “Cumberland County Public Schools is a school system of which to be proud. My hope for every child who graduates from Cumberland is for them to hold their head high and to be proud, knowing that they have acquired the very best education to prepare them for college and to be ready for the world as law-abiding, contributing, and successful citizens. I also want all employees of Cumberland County Public Schools to feel proud, knowing that they are a very important part of each student's life and success, as well as the success of our country and world.”