The Regional Water Authority Editorial That Never Was 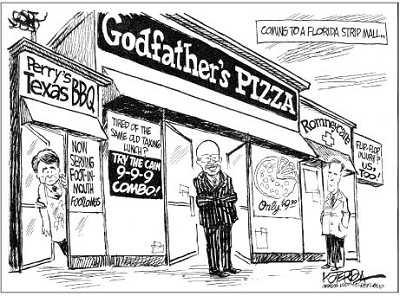 (Editor's note: what follows are incomplete editorial thoughts composed in June and not edited since, in preparation for the anticipated agreement between Prince Edward County and the Town of Farmville to create a regional water authority and the subsequent announcement that a pipeline would be constructed from the Sandy River Reservoir. The Town abruptly pulled out of those negotiations last week and will create its own water authority. Perhaps some day a variation of the words in this aborted editorial will be written praising the Town of Farmville and/or Prince Edward County for constructing the pipeline before someone living in Chesterfield County comes up with the bright idea of pursuing a pipeline heading east. Let us pray for our own pipeline's coming. Meanwhile, based on comments made to me by local residents during the past few days, there is an apparent perception that the issues of control, power, the fear of being taken advantage of, and egos are to blame for the end of negotiations and there is great frustration. Whatever is to blame, the reality of today provides a stark contrast to the joy expressed below).

A toast, ladies and gentlemen, so let us fill and raise our glass.

Most definitely raise a glass of water.

To Prince Edward County and the Town of Farmville.

A water authority based on the Town's existing water plant and infrastructure (and award-winning public works department employees) with a pipeline from the Sandy River Reservoir-and no tax dollars involved.

The future is born, baptized into new life with a reservoir full of drought-proof water.

The Board of Supervisors and Town Council have not only saved the day, they have saved every day after all the tomorrows.

The pipeline-yes!-will be built from the Sandy River Reservoir to the Town's water treatment plant thanks to an historic breakthrough deal between the Board of Supervisors and Town Council, whose names will literally go down in local history when the next chapters are written.

Throughout human history, water has been a powerful symbol of life.

Water, indeed, is a crucial fact of life.

With it you live.

Without water you die.

Whether as individuals or as communities.

Have no fear-long live Farmville and Prince Edward County.

The water authority being created by the Town of Farmville and Prince Edward County will assure this community's life into a future so distant we can only imagine it.

Creating a water authority is the perfect solution.

There will be no duplication. No redundant water treatment plant built. Taxpayers won't notice a thing because their tax rates will be absolutely unaffected. The water authority will borrow the money to purchase the Town's water treatment plant and infrastructure, upgrade the water plant and build the pipeline. The water authority will pay back the loan through revenues from customers. Taxes won't be raised a cent to pay for the project.

(Editor's note: Composition broke off at this point for revision, editing and completion when a deal was actually done but the idea in June was to capture the spirit of hopeful excitement at that moment. In the end, that's all it was-hopeful excitement. “They did it perfectly and together?” Ha! What a dreamer. Reality is the dry sand slipping on down through the hourglass as this community continues waiting for the pipeline project. Meanwhile, the proposed toast is toast, burned to a crisp. And all eyes turn toward this community's leaders to get the job done. No excuses).