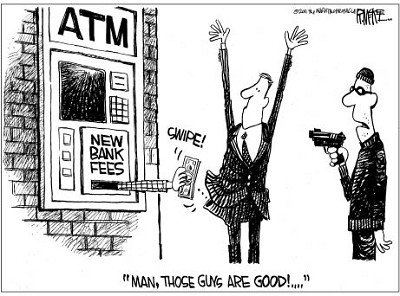 “The Herald welcomes letters of opinion to the editor and offers the editorial page to its readers, subscribers and residents in our coverage area as a platform for the temperate and reasonable exchange of ideas regarding the pros and/or cons of public issues…The Herald reserves the right to edit or refuse any letter for reasons which may include length, taste, coherence, subject matter, legality, because they are inflammatory or demeaning…”

The above statement is printed on the editorial pages in every edition of The Herald. Every letter to the editor is bound to that policy and those writing letters to the editor should understand that quite clearly. There are no exceptions, no negotiations.

Just as those submitting letters to the editor to, for example, The Richmond Times-Dispatch, know that its editorial staff “reserve the right to edit for accuracy, brevity, clarity, legality, and taste,” as its editorial pages state in every issue.

As should every editor in order to fulfill ethical and professional responsibilities.

We submit our own professional work to the rigors of editing. Of course we must apply the same standards to words we publish penned by our readers. Your own words carry no less power and require no less responsibility than our own. Consider, too, that quite literally you are submitting letters to the one who edits things so if the editor makes what are considered necessary edits it can hardly be surprising. The letters are not printed in the “letters to the guy who doesn't edit things” section of the paper.

The goal, of course, is to publish every letter we receive and by far the most work goes into finding a way to allow a reader to express an opinion on a public issue without, for example, libeling or defaming someone. But it is not always possible to publish every letter-in a year's time approximately 90 percent of the letters we receive are published, with or without editing. Nine out of 10 is not a bad percentage. Other than spelling and grammar, most substantive editing involves ensuring the letters we publish adhere to the legal advice we have received through the years-and as recently as two weeks ago-from an award-winning Richmond attorney on retainer by the Virginia Press Association so editors of newspapers who do not have attorneys on the payroll may receive vital legal advice.

Therefore, in most cases a sentence may be deleted here or there, or a phrase, or a word, but the bulk of the letter is published and conveys the letter writer's opinion for or against some public policy or action taken by a public figure. There have been a very few rare cases through the years when quite lengthy letters have had to have entire paragraphs stricken but in those isolated cases we, as always, fell back on the legal advice we have received. Sure, we could more easily have sent the letter off to the recycling bin-and newspapers are under no obligation to publish any submission they receive-but our goal on this page is to publish our readers' opinions.

So a word of advice-use your words as tools, not bullets.

Criticize public policy decisions all you want but don't try and wound or assassinate someone's character.

Another thing that will get a letter rejected-based entirely on attorney advice-is when the letter writer presents as recreated fact, and in the form of an accusation, what someone else has said to them, reporting a blow-by-blow conversation. Legally, that is all hearsay. It takes full concentration, and a tape recorder, for a professional reporter to report a dialogue of quotes accurately. What one party recalls, after the fact, of a conversation with someone else and recreates to the level of an accusation against that person has no place in the letters to the editor section of a newspaper. Letters to the editor are meant to be expressions of opinion, not allegations.

Whether a letter agrees or disagrees with editorial positions stated in this space has absolutely no bearing on the evaluation of that letter for publication in this newspaper, nor any newspaper worthy of the name. Of course not.

Nor does the presence of part-time Herald employee William G. “Buckie” Fore on the Prince Edward County Board of Supervisors have any bearing whatsoever on how a letter to the editor criticizing County policy is approached. Just as publisher emeritus William B. Wall's decades-long public service on Farmville's Town Council never had the slightest impact on letters critical of Town public policy. The first time Mr. Fore sees a letter to the editor is the same time you all do-after the newspaper is published.

We editors have, or should have, our own Hippocratic oath to operate on any letter, to facilitate for publication any letter so that it may be published and that assiduously includes those whose expressed opinions differ from our own.

I don't allow myself to cross that line. Nobody else is crossing it either.