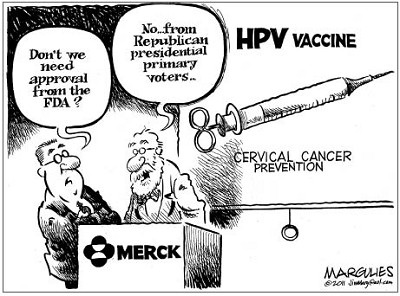 The bucks stopped here, in the Commonwealth.

And more visitors from distant lands are visiting our community, too.

Sixty-eight foreign travelers stopped off to sign the guestbook at Prince Edward County's tourism and visitor center in the former Moore Building on West Third Street last year and the total will approach that figure in 2011, as well. Not every visitor signs in, of course, and so there could have been more.

The state has ramped up marketing to Canada, which paid off by attracting nearly 600,000 Canadians to our state last year who spent more than $133 million.

Those bucks stopped here, perhaps literally here in this very community. Buckingham, Cumberland, Farmville and Prince Edward certainly have a variety of attractive destinations for those seeking outdoor recreation, along with history and cultural attractions.

“Tourism is an instant revenue generator that keeps our economy moving and employs hundreds of thousands of Virginians,” noted Gov. McDonnell. “These new figures show that Virginia is doing an excellent job in reaching out to international travelers and positioning Virginia as a premier travel destination.”

Consider that Prince Edward County's tourism and visitor center's guestbook tally through mid-summer showed 1,376 different signatures-780 visitors from within Virginia, 562 from other states, and 34 from different nations.

And even more attention-getting when one recalls that in all of 2010 there were 636 visitors from the US for the entire year-we were almost at 600 by the Fourth of July this year.

Investment in creating destinations in our communities to attract tourists is both appropriate and wise, an investment that will pay off. The commonwealth of Virginia does a superb job of marketing itself across the nation and overseas, bringing many hundreds of thousands of people into Virginia. The Virginia Tourism Corporation gets them here, giving us a chance to attract them to Buckingham, Cumberland, Farmville or Prince Edward. <br />
Most of the visitors from Canada traveled from Ontario and Quebec, locations that cannot offer sunny beaches or mountains like our Blue Ridge and Alleghany Mountains. And here we are right in the middle of those stellar Virginia attractions, just west, too, of Williamsburg, Yorktown, and Jamestown, and a stone's throw south of Monticello.

Our regional community is ideally situated within that geography to take good advantage of Virginia's tourism success by adding to those numbers that can add to the number of jobs here and the number that is our collective economy's bottom line.

But it takes vision, investment and work, obviously, and in communities where those three ingredients are combined to good effect the results speak for themselves.

Tourism numbers in Virginia are surely going to continue increasing each year because of what we, as a state, have to offer but, significantly, because the state is committed to making sure people elsewhere in the United States of America and overseas are aware of our historical, cultural and recreational attributes.

Virginia has become an active partner in Capitol Region USA, which is a regional destination marketing organization that promotes Virginia, Maryland, and Washington, D.C. internationally, with an emphasis on attracting tourists from the United Kingdom and Germany-and to great effect.

“This increase in international visitors is a strong indication that Virginia's tourism marketing is right on track,” noted Alisa Bailey, president and CEO of the Virginia Tourism Corporation, in a press release from the governor's office. “Our partnership with Maryland and Washington, D.C. is a smart investment for Virginia tourism that is making a significant contribution to Virginia's economy.”

And to our own local economy.

Statewide, tourism generates over $17 billion-yes, billion-in revenue, supporting over 204,000 jobs and providing $1.24 billion in state and local taxes each year.

Prince Edward County's tourism and visitor center has been averaging over 196 visitors a month this year, indicating the degree to which our community is sharing in Virginia's tourism boom.

And that of course, is only going to grow when High Bridge, itself, becomes the must-see destination of the state park trail that bears its name in 2011.

That prophecy is not simply the gift of a Magi.

The degree to which our community benefits depends upon us all.

Ms. Van Eps told The Herald that roughly 50 to 60 percent of the tourists to the county found out about the area through either a print ad or through searches on the Internet.

“My whole job is to promote this area so that the whole world can find out what we have to offer, all there is to do and see, and get them to come here,” she said, noting that once visitors get the first taste they want to come back for more.

Given the state of Virginia's commitment to international tourism marketing, and its success with that investment, the world is well within our orbit.

And so the results of our achievable goals can be out of this world.