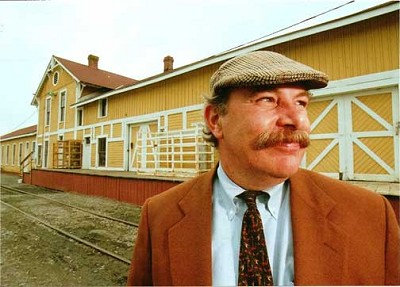 On October 8, Appomattox Court House National Historical Park will host a special speaker, author and historian John Quarstein, to discuss the first battle of the Civil War, Big Bethel, at 10 a.m. and the battle between the CSS Virginia and USS Monitor at 1:30 p.m. Both programs will be held in the Visitor Center Theater. He will be available to sign his new books “Big Bethel: The First Battle” and “The Monitor Boys” at the park bookstore.

John V. Quarstein is an award-winning historian, preservationists and author. He previously worked for 30 years as the director of the Virginia War Museum and as consultant to The Mariners' Museum's MONITOR Center. Quarstein has been involved in a wide variety of historic preservation initiatives including the creation of Civil War battlefield parks like Redoubt Park in Williamsburg or Lee's Mill Park in Newport News and historic house museums such as Lee Hall Mansion and Endview Plantation. His current preservation endeavors feature the Rebecca Vaughan House, Lee Hall Depot, Causey's Mill, Big Bethel Battlefield and Fort Monroe.

Quarstein is the author of a dozen books, including Fort Monroe: The Key to the South, A History of Ironclads: The Power of Iron Over Wood, and The Monitor Boys: The Crew of the Union's First Ironclad. His newest book is Big Bethel: The First Battle. He also has produced, narrated and written several PBS documentaries, such as Jamestown: Foundations of Freedom and the film series Civil War in Hampton Roads, which was awarded a 2007 Silver Telly. His latest film, Hampton: From the Sea to the Stars, is a Bronze Telly winner. His current film projects are Pyrates of the Chesapeake and Tread of the Tyrants Heel: Virginia's War of 1812 Experience.

Quarstein is the recipient of the National Trust for Historic Preservation's 1993 President's Award for Historic Preservation; the Civil War Society's Preservation Award in 1996; the United Daughters of the Confederacy's Jefferson Davis Gold Medal in 1999; and the Daughters of the American Revolution Gold Historians Medal in 2009. Besides his lifelong interest in Tidewater Virginia's Civil War experience, Quarstein is an avid duck hunter and decoy hunter and decoy collector. He lives on Old Point Comfort in Hampton, Virginia, and on his family's Eastern Shore farm near Chestertown, Maryland.