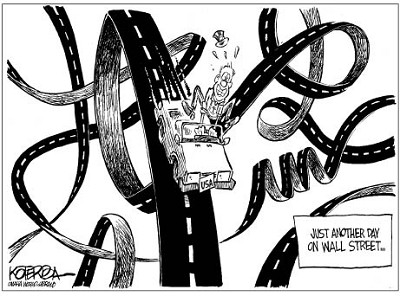 Everyone in Farmville has a crosswalk in life to bear and most of those are in and around the campus of Longwood University.

But crosswalks are, in their own way, two-way streets where dual responsibilities intersect.

Motorists have responsibilities mandated by state law-stop for pedestrians in crosswalks.

Those pedestrians have responsibilities mandated by common sense-don't step into a crosswalk and out in front of moving vehicles at the last moment.

Observe these, everyone, and pedestrians and motorists can co-exist quite safely in an amicable relationship.

High Street, Griffin Boulevard and Main Street are major challenges for pedestrians and motorists, alike. Crosswalks abound and at peak times just prior to and just after classes the human and vehicular traffic can be imposing.

Keep in mind that a well-known law of physics rightfully declares that two bodies cannot occupy the same point in space at the same time but accidental collisions do try and force the premise to defend itself.

These must be avoided.

This particular goal is more easily achieved if both parties involved-pedestrians and motorists-are actually paying full attention to their concurrent responsibilities. If either party is splitting their focus on a cell phone call or text message, for example, while trying to drive down or walk across a street certain difficulties emerge. Should both parties find themselves dividing their attention between the road in question and their cell phone those difficulties mount and the odds against an accident dwindle dangerously.

Pedestrians-and, in particular, students-should lower the cell phone when approaching the end of the sidewalk and the beginning of the street. Look both ways with a mind free from that conversational requirement to come up with something to say in response to the voice in your phone. Otherwise you may be asking them to dial 911.

Though we have stressed the opportunities for pedestrian safety-and the simultaneous hazards-offered by crosswalks there are danger spots along every street, sidewalk, alleyway and parking lot in Farmville. Wherever pedestrians and motorists can meet there are always two potential outcomes. We have seen students, on any number of occasions, walking down sidewalks talking on a cell phone or listening, lost in the music coming through their ipods or other portable media players, while crossing an alleyway or parking lot without giving so much as a glance to see if a car is coming in or out in their direction. Eyes straight ahead, ears oblivious to any warning shout or horn.

A frightening thing to behold from a distance too far to do anything about.
<br />Particularly because many motorists leaving work for lunch or home or shopping immediately begin talking on their cell phones as soon as they turn the key in the ignition.

The laws of physics are quite articulate and do not require us to demonstrate their veracity by trying to force two bodies to occupy the same point in space at the same time.

Whether at crosswalks or any other spot in town where sidewalks, streets, motorists and pedestrians, especially student pedestrians, can meet, let's all ensure that such encounters are carried through with our fullest conviction of safety.

Use our common sense.

But always assume ourselves to be the only one doing so.

Never take your safety for granted.