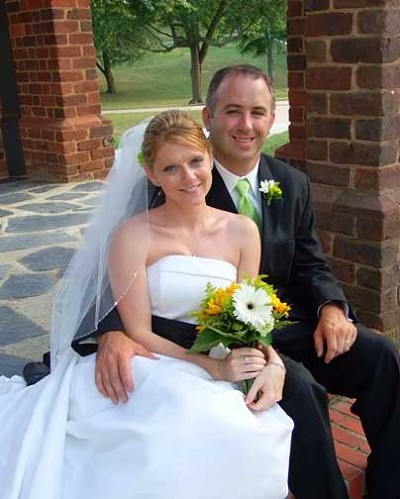 The marriage of Ms. Brittany Laine Edelson, of Shelbyville, KY, daughter of Dwain and Sherry Breaden, of Lexington, KY, Mike and Julie Lewis, of Carrollton, KY, to Courtney Lloyd Irving, of Farmville, son of Joe and Brenda Irving, of Farmville, took place on Saturday, July 2, at Douglas Presbyterian Church in Prince Edward County.

The bride was escorted by her father and stepfather and given in marriage by her parents for a double ring ceremony.

The bride is the granddaughter of Danny and Susan Breaden, of Lexington, KY.

The groom is the grandson of Margaret Templeton, of Farmville, the late Alton Nelson, of Abilene, and the late Linwood and Eva Irving, of Worsham.

Brittany graduated from University of Kentucky, College of Agriculture, with a bachelor's degree in Plant & Soil Science and earned her master's degree in Business Administration from the University of Louisville. She is a senior agronomist with Philip Morris International in Richmond.

Courtney is a graduate of Fuqua School and received his bachelor's degree in Economics from Hampden-Sydney College. He is a Sr. Grader with Philip Morris International in Richmond.

The newlyweds honeymooned in Nags Head, NC, and will make their home in Farmville.