Suzman To Give Gallery Lecture At H-SC 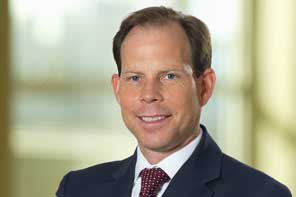 Mark Suzman is director of policy, advocacy and special initiatives for the Global Development Program of the Bill & Melinda Gates Foundation. He oversees the foundation's global development policy and communications work as well as relationships with governments, NGOs, and other key partners to increase awareness, action, and resources devoted to key international development priorities. He also oversees a grant portfolio that both directly supports global development policy and advocacy activities worldwide and addresses key crosscutting initiatives to create opportunities for poor people to lift themselves out of poverty.

Prior to joining the foundation, Suzman held several positions at the United Nations, including senior advisor for policy and strategic communications in the Office of the Secretary General and Policy Director in the Office of the Administrator at the United Nations Development Program. Prior to working for the U.N., he was a correspondent for the Financial Times in Johannesburg, London, and Washington D.C. Originally from South Africa, Suzman holds a doctorate in international relations from Oxford University, where he was a Rhodes Scholar. He earned his bachelor's degree from Harvard University.

A reception for Suzman will begin at 4:30 PM and his talk at 5 PM, both in the Atkinson Museum on the campus of Hampden-Sydney College.

“Flu Thru” Offered In Cumberland