Republicans And Democrats Fiddle While The Economy Burns 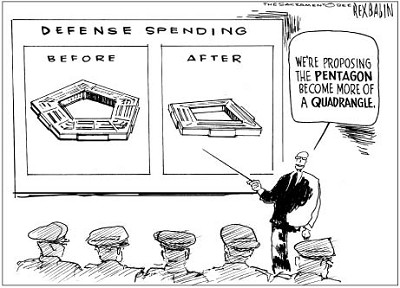 Our nation's capital is looking more and more like ancient Rome every day.

Inflamed by partisan politics, ablaze with petty party power points, the only thing missing is the Emperor Nero with his fiddle, playing on as politicians dance at the only party they believe matters-their own.

Meanwhile, the world's economy teeters on the brink of a catastrophic meltdown fueled as much by global uncertainty over our own nation's dysfunctional path as anything else.

And our so-called leaders keep fiddling around, with primary posturing for the Republican presidential nomination dictating much of what is going on in Congress on that side of the aisle, with Democrats equally to blame for trying to score their own political points as they prime for 2012.

If this were chess, we'd be the pawns, but there isn't that sophisticated level of play and so it all seems so much more like craps.

The kind of representative government making headlines out of Washington, D.C. should be returned straight to whatever pawnshop disguised itself as Election Day.

Who's showing any degree of class?

Too many politicians in each political party have seemingly rewritten a key component of the Declaration of Independence:

“We hold these truths to be self-evident, that all Republicans are created equal; that they are endowed by their Republican Creator with certain unalienable rights; that among these are life, liberty, and the pursuit of Republican happiness.”

“That, to secure these rights, governments are instituted among Democrats, deriving their just Democratic powers from the consent of Democrats they govern; that, whenever any form of Republican government becomes destructive to these Democratic ends it is the right of Democrats to alter or abolish it.”

“Whenever any form of Democratic government becomes destructive to these Republican ends it is the right of Republicans to alter or abolish it.”

“We the people” doesn't ring a liberty bell with them.

Both parties are obstructionist, depending upon which is in power in the White House and/or the United States Senate and the House of Representatives, working only to secure power for themselves and their party in the next election cycle.

That is nakedly plain to see today.

So not only are our leaders fiddling while the world's economy burns, but they are wearing the emperor's new clothes, as well.

Their power-hungry vanity stands out like the Washington Monument.

Clearly, it is hard to discern anybody in Washington today for whom any monument will be named in the future.