Petitioning A President Has Never Been Easier 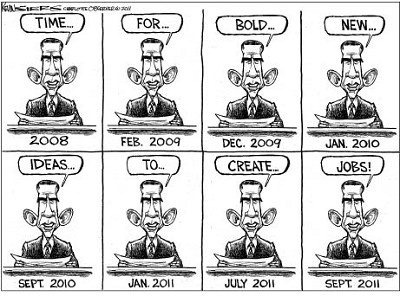 The Obama Administration has made it easier to exercise a key component of our First Amendment rights-petition the government.

The White House has just initiated an online petition process, We The People, which makes it easy to create petitions and gather signatures on behalf of a cause.

“If a petition gathers enough signatures,” the White House press office explains, “White House staff will review it, ensure it is sent to the appropriate policy experts, and issue an official response.”

Any petition that garners 5,000 signatures within 30 days will automatically be sent to the appropriate policy makers in the Administration, the White House promises, reviewed and an official response will be published to WhiteHouse.gov and emailed to all signers of the petition.

Conservatives, liberals, libertarians and everyone else should agree that making it easier to petition the government is a good thing and the immediate Farmville area has enough people to rally around a particular cause, easily reaching the 5,000 signature threshold.

A petition for federal funds to construct a pipeline from the Sandy River Reservoir to the Farmville Water Treatment plant, for example, and complete any infrastructure upgrades.

The petition process is easy and anyone 13 years of age and older can create or sign a petition asking the Obama Administration to take action on a particular issue.

President Obama said this month that, “When I ran for this office, I pledged to make government more open and accountable to its citizens. That's what the new We The People feature on WhiteHouse.gov is all about-giving Americans a direct line to the White House on issues and concerns that matter most to them.”

The website's address is: http://www.WhiteHouse.gov/WeThePeople

The First Amendment to the United States Constitution states: “Congress shall make no law respecting an establishment of religion, or prohibiting the free exercise thereof; or abridging the freedom of speech, or of the press; or the right of the people peaceably to assemble, and to petition the Government for a redress of grievances.”

That's how highly the Founding Fathers regarded petitioning the government-they put it in the very first amendment to the Constitution.

Anyone 13 years old and up in Buckingham, Cumberland, Farmville and Prince Edward can start or sign a petition.

Keep that in mind as you look at the world around you.