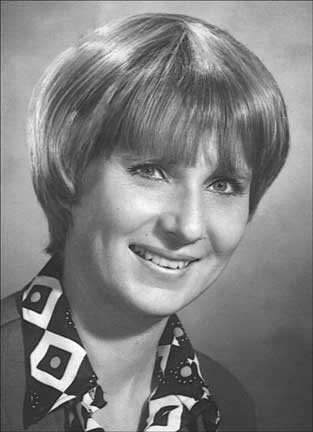 Ms. Bartos graduated from University High School in Morgantown, West Virginia, and attended Fairfield University in Connecticut. During WWII she worked for the War (now State) Department in Washington, DC, and opened and ran the La Technique School of modeling and comportment in Monroe, Connecticut in the late 1960's. Later she served as the admissions officer and a member of the faculty at the Butler Business School while living in Trumbull, Connecticut, for many years. She most recently helped one of her sons to establish Cuppa Joe, a coffee house in Palmyra. She enjoyed many cultures and traveled widely with her family in the US and to Canada, Mexico, the Bahamas, England, France, Italy, Thailand, Singapore, Hong Kong and Malaysia.

She is survived by four children, Stephannie, Joseph, Tom and Stephen Bartos, residents of Cumberland and Richmond, and her partner of the last 20 years, Larry Joel Barkon. One of 12 siblings, eight living to adulthood, she will be mourned also by her remaining brother and sisters, Warren Phillips of Brigantine, NJ, Joanne Phillips Stanley (Chuck) of Cumberland, and Muriel Phillips Ferrell (Bob) of Garden City, MI.

A memorial get-together for family and friends will be held at 211 Bonbrook Road, Cumberland, on Columbus Day, Monday, October 10, at 12:30 p.m.