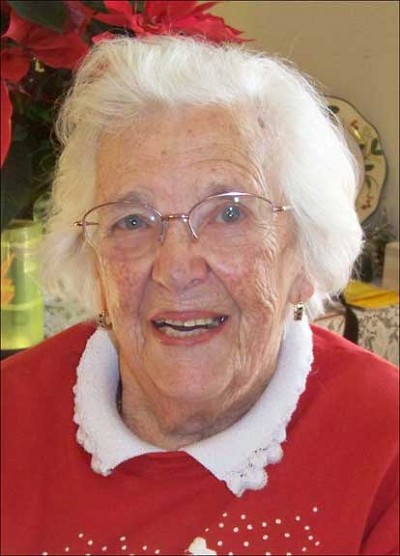 SEPTEMBER 1 – Margaret Whipple Lacey, long time resident of Laceyville, PA, 94, passed away on her 74th wedding anniversary, Monday, August 29, 2011 at the home of her son, Pastor Frank Lacey of Farmville. She was born September 5, 1916.

Mrs. Lacey was a pastor's wife for 28 years before her husband died in 1965. At the age of 50 she became a missionary nurse working in five different African countries until she retired from ministry in Nigeria at the age of 80. A book written about her remarkable life entitled “Always Faithful” is available for purchase at dsawyer39@gmail.com.

A memorial celebration will be held Sunday, September 4 at 10:30 a.m. at Riverside Community Church (Sunchase Cinema). Family will receive friends immediately following the church service at the Lacy home.

A memorial celebration will also be held Sunday, September 11 at 2 p.m. at Braintrim Baptist Church in Laceyville, PA.

Shorter Funeral Home, Farmville, is in charge of arrangements.