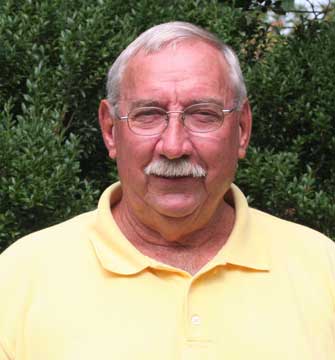 However, unlike his six colleagues on the school board who are running unopposed, Gowin is facing two challengers, Walter Edward “Wes” Saxon, a former school board member who Gowin unseated in 2007; and John D. Kitchen, a member of the board of supervisors who has decided to run for the school board.

Gowin, with his 40-year career in education as a teacher, elementary school principal, coach, athletic director, and high school administrator, is ready for the challenge.

During his years as a coach and athletic director, he and his players scored over 600 wins in football, basketball and baseball. Moreover, Gowin was named Coach of the Year ten times during the years he coached those three sports. Moreover, in 1993, he was named Teacher of the Year at Buckingham County High School.

Early in his career as an educator, Gowin worked in Charlotte and Amelia counties. After moving back to his native Buckingham, Gowin spent the next 31 years working for Buckingham County Public Schools.

Gowin said he draws on that experience as well as his demonstrated concern and commitment for the youth of Buckingham to work for a quality education for all of the county's children.

After witnessing Buckingham's school system through the eyes of a student, educator, and parent, Gowin shared that he feels those varying viewpoints have offered him a much deeper understanding into the needs of students, parents, teachers, and administrators.

Gowin added, “And my four years of experience on the school board have given me an even deeper perspective.”

He continued, “I think it is of utmost importance for a school board member to be able to see the system from as many viewpoints as possible to really get a true picture of the strengths and weaknesses that prevail.”

When Gowin decided to run for the school board in 2007, he stated he did so in hopes of helping to create a harmonious working relationship between the board of supervisors and the school board. He said he knew they needed to work together in order to provide better educational facilities for Buckingham's children.

Since that time, a $24.1 renovation and expansion is under way at the two schools on Route 20. When completed, that project will yield state-of-the-art lower and upper elementary schools.

Additionally, the two boards moved forward with the construction of a new bus garage and maintenance facility, which is now in service; and, equipped Gold Hill Elementary School with a new HVAC system.

Referencing the tough economic times, Gowin stressed, “It is important to support teachers; to find ways to reduce spending without cutting those positions; and, to keep the student/teacher ratio as low as possible for a better learning environment for all.”

He shared, “I feel the future of this county depends on the young people who attend our schools and it is our responsibility and obligation to provide them with the best possible instruction and the best facilities we can afford.”

Pete and his wife Mary Helen, who taught in Buckingham County schools for 22 years, have been married for 49 years. They attend Bethlehem Baptist Church.

Their three children attended Buckingham County Public Schools; and, after graduating from BCHS, went on to receive college degrees.

Gowin offered, “I will continue to support quality education for all children in Buckingham County.”

He assured that if re-elected, he would maintain an open-door policy to listen to the people.

Concluding, Gowin pledged, “I will make a diligent effort to make our schools the best in Central Virginia.”