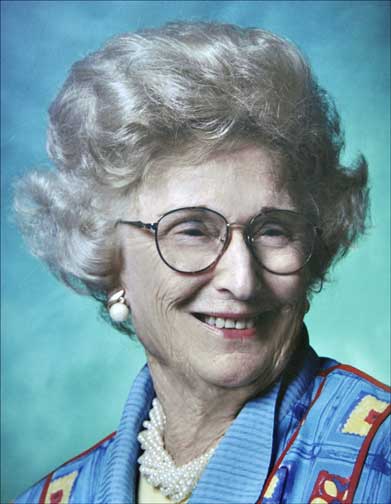 SEPTEMBER 13 – Beatrice Cobb Hartig, 89, departed this life very peacefully Friday afternoon, September 9, 2011 with family by her side. She had fought a valiant battle with Alzheimer's for the last seven years.

She and her husband, Ben, were the founders of Town and Country Furniture in 1962. When her husband passed away unexpectedly in 1970, she became a pioneer in businesses owned by women in the Farmville area. She served as president of the company until she retired in 2004. She was at the store every day and was affectionately referred to as “Miss Bea” by customers, employees, and suppliers alike.

Mrs. Hartig was an active member of Heritage Baptist Church where she served as treasurer for many years. She had the gift of making family, friends, and customers feel very special because she genuinely cared about them and their families. Her ability in the kitchen was rivaled only by her sisters, and later, her daughter.

She is survived by a daughter, Penny Puckett and husband, Charles; two grandsons, Dayton and wife, Toni and Daniel and wife, Brandy all of Farmville; two great-grandchildren, Hadley and Charlton, whom she adored; two sisters, Phyllis Atkins and husband, Jack of Cullen and Ida South of St. Petersburg, Florida; two brothers, Berlie Cobb and wife, Betty and Berkley Cobb both of Darlington Heights, and numerous nieces and nephews. Preceding her in death was her husband, Ben and brothers, Melvin and John Cobb.

Services will be held at Puckett Funeral Home on Tuesday, September 13, at 6 p.m. Interment will be private.

Memorial contributions may be made to the Alzheimer's Association, The Gideon's, Heritage Baptist Church, or the charity of your choice.