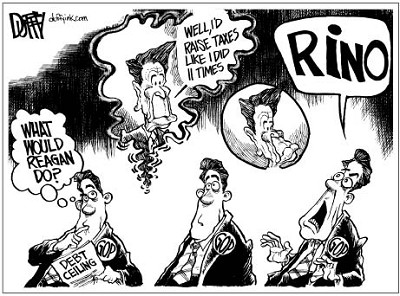 Next month, Farmville Town Manager Gerald Spates hopes to give Town Council the most substantive briefing so far on the feasibility of the proposed water and sewer authority being studied jointly by the Town and County. Which means Prince Edward County Administrator Wade Bartlett would be able to similarly brief the Board of Supervisors.

The productive pace set by the pair is heartening and speaks eloquently of serious and productive intent. Creation of a water and sewer authority by the two localities is very definitely the everybody's-a-winner-take-all solution to the extremely long-term water needs of Farmville and Prince Edward County. Over-praising the concept is not possible. It exceeds any alternative that would see the County build its own system, while the Town adhered to itself, by so great a margin that the strongest telescope could not detect the relationship between the two alternatives.

Less expensive and better for all concerned.

The Authority approach is the best way to access the drought-proof Sandy River Reservoir. In their June 3 joint statement, the Town and County address this issue by stating “the conveyance of the use of water from the Sandy River Reservoir by the Authority will be decided through future negotiations with the Authority. The Board of Supervisors, as owner of the Sandy River Reservoir, in conjunction with the Authority, will continue to explore solutions for solving the communities' long-term water supply issue. Combining the Town and County utilities into one entity is an important first step toward enabling the Prince Edward-Farmville community to determine the most cost-effective solution to solving the long-term water supply issue without regard to political boundaries, service areas, or current customer base.”

Do whatever it takes to tap the Sandy River Reservoir because it is this community's future.

Mr. Spates and Mr. Bartlett, meanwhile, have done a fine job of working together as point men on the discussions between the Town and County since both governing bodies endorsed the water/sewer authority concept on June 3 and authorized scrutiny of the proposal's feasibility.

Their effective partnership would continue to a much greater degree should the Town and County decide to create the Authority. Mr. Spates would serve as the Authority's initial general manager, with Mr. Bartlett as assistant general manager and finance director.

During that joint meeting both governing bodies issued a statement of their mutual intent to explore the feasibility of combining existing utility infrastructure into a regional water and sewer authority. Their statements explained that, “The County and Town would each convey its respective existing infrastructure to the Authority. If it is decided to move forward, the details of these conveyances would then be finalized by the governing bodies.”

The Town's infrastructure obviously includes Farmville's water and sewer treatment plants. One of the key pieces of information being developed is the value of that infrastructure, to determine how much the Town would be paid by an Authority that would purchase those essential components. The value of the infrastructure would relate directly to the Authority's ability to issue the necessary revenue bonds and the value of those bonds. That information is expected to be formulated in time for a report back to the Town and County in the near future and likely some time in September.

The Authority would issue revenue bonds to purchase the existing infrastructure from the Town and County, with all current customers of the County and Town becoming customers of the Authority. The revenues generated by those customers would be used to pay the debt service, the Town and County have jointly stated, and, crucially, the debt would be structured, they declare, so as not to require rate increases for current Town and utility customers or a tax increase for County or Town residents.

Excellent, and as it should be.

Anticipation continues building all the while for the next steps in this historic process.