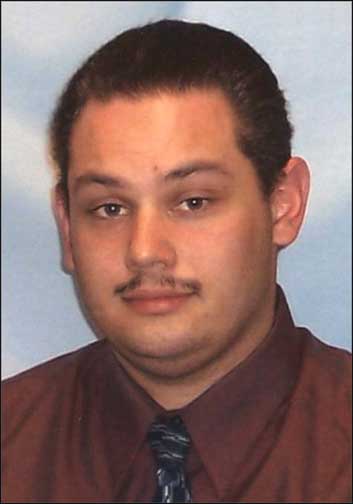 AUGUST 16 – Jeremy Scott Woolard died at his home with his wife by his side on Friday, August 12, 2011. He was only 32 years old when the Gastric Esophageal Cancer he had been fighting for sixteen months overtook him. Even though it was sudden, he passed peacefully and with dignity knowing that the people he loved and left behind would care for one another.

Mr. Woolard was born September 2, 1978 in Newport News to Michael and Lois Woolard and was their only child. He graduated from a U.S. high school in Vilseck, Germany in 1997. He wrestled for three years winning many medals in his weight class and excelled in electronics, computer programming and business law. After graduation he moved with his parents to Warren, Michigan and began his career with the Kroger grocery chain working his way up to Grocery Manager. He met Susan Lynette Goodin in 1998 and they were married in 2002 and were blessed with a son, Jonathon in 2003.

In 2005 they moved back to his home state of Virginia where he continued working for the Kroger Company until his illness made him unable to do so. He was an avid salt and freshwater fisherman and hunter who passed his love of both sports on to his son of which they enjoyed many hours together. He also enjoyed camping, amateur radio and muscle cars.

Over the years he lived in five states, spent six years in Germany, visited at least nine countries and crossed the Atlantic Ocean on the Queen Elizabeth II, experiencing more of life than many far older than himself. He loved spending time with his family and was his wife and son's best friend and constant strength and was cherished by his parents.

He is survived by his wife, son, parents, and grandparents.

The family will receive friends from 6 p.m. to 8 p.m., Tuesday, August 16 in the Chapel of Puckett Funeral Home. A funeral service will follow at 8 p.m. also at the funeral home.