Gen. McChrystal To Speak At Hampden-Sydney 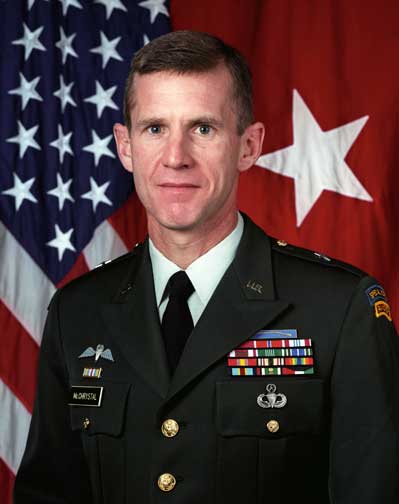 A public address by General Stanley A. McChrystal, former commander of U.S. and International Forces in Afghanistan, “Plywood Leadership: Leading in the Post-9/11 World,” will be held on Wednesday, August 31, 7:30 p.m., at Hampden-Sydney College, Johns Auditorium.

General McChrystal is widely praised for creating a revolution in warfare that fused intelligence and operations. A four-star general, he is the former commander of U.S. and international forces in Afghanistan and the former leader of Joint Special Operations Command (JSOC), which oversees the military's most sensitive forces. During the Persian Gulf War, Gen. McChrystal served in a Joint Special Operations Task Force and later commanded the 75th Ranger Regiment. He completed year-long fellowships at Harvard's John F. Kennedy School of Government in 1997 and in 2000 at the Council on Foreign Relations. Gen. McChrystal retired from the military in 2010.

Called “one of America's greatest warriors” by former Secretary of Defense Robert Gates, few people can speak about leadership, teamwork, and international affairs with as much insight as Gen. McChrystal.

Gen. McChrystal's talk is in conjunction with the dedication of the remodeled and expanded Wilson Center for Leadership in the Public Interest at Hampden-Sydney College.