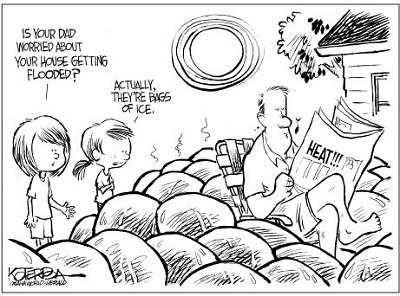 Tuesday, August 23 offers this entire community-Republicans, Democrats and Independents-a rare chance to fill a vacant Virginia State Senate seat with one of our own. And all of us are welcome to vote in the primary because it will determine 50 percent of the November ballot.

But not with the name of just any Tom, Dick or Harry in the Republican primary for the newly-created 22nd District seat.

Brian Bates receives our strong endorsement in the GOP primary election. Not simply because he lives here. And not because he was also endorsed by former Virginia State Senator and Fifth District Congressman Virgil Goode, though Mr. Goode's endorsement is not without resonance in a Republican primary.

The Buckingham County Board of Supervisors member and Longwood University professor knows the heart of this district better than any of his four rivals who live and work on the edges of the new 22nd.

Mr. Bates' service on Buckingham's Board of Supervisors has provided him the kind of hands-on public service experience on an elected governing body that three of his competitors do not possess and his considerable involvement with the Commonwealth Regional Council raises that experience to a regional level on par with the geographic breadth of the 22nd State Senate District.

Crucially, Mr. Bates' service on the Board of Supervisors gives him a profound understanding of how state laws and legislation, such as unfunded mandates, impact localities. This will allow him to understand the relationship between the General Assembly and Virginia localities far better than most of his GOP rivals.

Clearly, Brian Bates brings more experience and better experience than the vast majority of individuals seeking a first-term seat in the Virginia General Assembly. As valuable as lawyers are, we don't think the Virginia General Assembly needs another attorney. Nor, apparently, does attorney Goode. Rather, let's keep our prosecuting attorneys performing their jobs where they are most needed-in our courtrooms.

Importantly-vitally so for rural Virginia-Mr. Bates will bring a strong personality to the State Senate, someone unafraid to be outspoken if the situation demands it. And there are frequent situations which demand it in the General Assembly when it comes to standing up for rural Virginia and, in particular, our own region of rural Virginia.

We absolutely need that-someone who can speak up for us and also rally other rural voices into a cohesive cross-party coalition on items that really matter.

Mr. Bates is no shrinking violet and the General Assembly, which can resemble a hot house, is no bed of roses, with urban Virginia's Golden Crescent weeding its way into funding for such things as education and transportation that should be coming to rural Virginia.

Anyone still remember that Cumberland County has been allocated enough secondary road construction money to build less than half a basketball court's worth of road? Literally true.

That pathetic small change speaks more loudly than Richmond words and we need a stronger voice of advocacy speaking a language the legislature will both understand and respect.

Mr. Bates' experience in local government gives him a head start. And if anyone from Northern Virginia, Richmond or Tidewater tries to head-butt him out of the way we expect Senator Bates would know what to do about it and then go do it.

He possesses that strength of personality necessary to get the job done.

And all of us will know exactly where to find him. He works in Farmville. He lives in Buckingham.

We believe Brian Bates deserves to win the August 23 Republican Primary on merit.

But it is wonderful that he is one of us and gives us the opportunity to capitalize on the new 22nd District Virginia State Senate seat by electing a neighbor of quality, personality, and character, and one who is already politically savvy.

We cannot expect to get this chance again. It has never happened before in our lifetimes, to have a brand new State Senate seat with no entrenched incumbent.

We have the chance to shape the 22nd Senate District as one centered on our own community, which is the center of the district, with a distinctive and forceful rural voice.

Let all of us-Republicans, Democrats, and Independents-vote for Brian Bates on August 23 and give him the chance to speak and act for us in Richmond.

He is the ace among the five cards we have been dealt in the Republican primary.

Let's make certain Brian Bates is on the November ballot, rather than allowing some other region to shape this community's destiny.