Road Construction For Cumberland? Yes, Mr. Secretary, We Have Seen Nothing 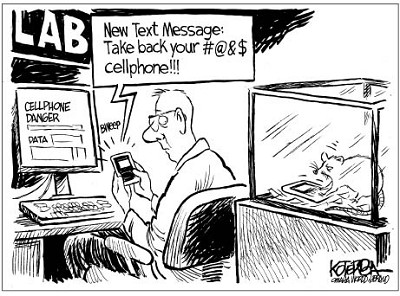 The Commonwealth Transportation Board recently allocated $3 billion in additional road construction funds for 2012-17 and the state's Transportation Secretary Sean T. Connaughton noted that “people are seeing an enormous amount of work,” before trumpeting but “you ain't seen nothing yet.”

Oh, no, Mr. Connaughton, with all due respect, we have seen nothing.

And nothing but the nothing.

That would literally build about 30 feet of road, which is significantly less than even half a basketball court's worth of highway. An NBA basketball court is 94 feet long so 30 feet is a Steve Nash three-point shot. That's all.

Nothing, to our eyes, is precisely what we have seen in Cumberland County and nothing certainly seems to be what Cumberland will continue to see when it comes to meaningful highway funds.

When it may easily cost $6 million to build a single mile of road, $36,453 feels like an insult. This really is much ado about nothing.

Would 'twere much ado about something and $36,453 were nothing more than a mid-summer night's dream.

We cannot drive on it but we do feel run over by the state's funding policy.

As the late, great Billy Preston sang, “nothing from nothing leaves nothing.”

And we might add, nothing plus nothing leaves nothing.

Which might just be the Cumberland County road construction anthem and theme song.

Hum it to your own tune.

The only way the folks around here get to see that “enormous amount of work” some folks are promoting is by driving to Richmond or some other urban area.

You ain't seen nothing?

Come on out to our neck of the world and there is plenty of nothing to see as far as road construction is concerned.

At least typing the amount out with words instead of numbers makes it look like a bit more money:

Golly! Gosh! Oh, my goodness! A whole lot more money! We are ever so grateful!

We might build 31 feet of road with that if we keep using letters instead of numbers.

Some highway construction vehicles seem close to 30 feet long so the equipment, itself, would take up all the space. Except, of course, that 30 feet of road won't be built in Cumberland next year.

Supervisor Bill Osl reckoned during a recent Board meeting that it would take Cumberland County “50 years, maybe” to get a road completely constructed.

That says it all.

Go blow that through your trumpet.

Are we and Cumberland and our rural community angry about that?

Hey, state of Virginia, you ain't seen nothing yet.

Cumberland gets even less next year.