Brennan Runs In The 59th 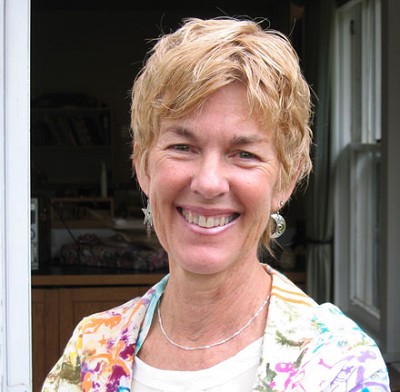 NELSON – Connie Brennan, who has served for 14 years as an elected official in Nelson County and has more than 30 years of community involvement, announced her candidacy Tuesday for the Democratic nomination for the 59th District House of Delegates seat in the Virginia General Assembly.

After thanking retiring Del. Watkins Abbitt for his dedication and his service, Ms. Brennan said she would work in Richmond to keep local property taxes from rising and to bring Central Virginia its fair share of state money.

Ms. Brennan is a retired nurse-practitioner who has served as a member of the Nelson County Rescue Squad, on the Farm Bureau's Women's Committee, as a member of both the Nelson County School Board and the Board of Supervisors and on the region's Workforce Council's program to find jobs for workers and help employers find and train employees for good jobs.

“It is for all of you, for everyone in our communities and our Commonwealth, for your children and grandchildren and mine that I will be always working to make a difference,” she told a crowd of cheering supporters.

“Today I am delighted and excited to formally announce my candidacy for the 59th District seat in the Virginia House of Delegates. Our current representative, Mr. Watkins Abbitt, is retiring. We owe him respect and thanks for his good works, and for his dedication to his constituents during all these years. So thank you, Watkins,” she said.

“Now it is time for a new voice in Richmond. I am running because my over 30 years of community involvement have given me the knowledge of the many issues that face us, the experience of working to get things done, and a proven record of responsible leadership. I will stand up for social justice; for economic growth, jobs, and low taxes for our area; to protect our rural heritage; and always for our children, our seniors and our working folks,” she continued.

“I have served for 14 years as an elected official here in Nelson County, and I know only too well that what does or does not happen in Richmond profoundly affects all of us here at home. The simple truth is that things are going well for the privileged and the powerful, but state government should be working for all of us! I know, after balancing budgets every year that every Central Virginia property owner is paying more than their fair share in property taxes because Richmond isn't doing its job. And if Richmond will start doing its job, we here can do ours. You deserve this. We deserve better,” she said.

“Virginia may be in the sixth wealthiest state in the country, but where is all that money? Has it been coming to Central Virginia? I have worked hard for eight years on our region's Workforce Council on programs to find jobs for workers and to help employers find and train workers for good jobs that will allow them to support their families. I serve on the Farm Bureau Women's Committee and the Local Food Group, supporting our farmers and promoting agriculture. I served as a member of the Nelson Rescue Squad and know some of our sheriff's deputies have to work second jobs or are on food stamps. Is this a value we cherish in the sixth wealthiest state in the United States? I don't think so. I know we deserve better from Richmond,” she said, “and I will fight for our share of our hard-earned tax dollars.”

“We have all been struggling because the state has not been meeting its responsibilities, has not been giving us a fair share of our tax money back. For 14 years I have been responsible, with my colleagues on the Board of Supervisors and the School Board, for a multi-million dollar budget, and working together, my Republican, Democratic and Independent colleagues and I have kept our tax rate low and still managed to keep our excellent schools, help our businesses, support our farmers, and remain one of the best managed counties in the Commonwealth. We have learned to listen to each other, understand our differences and move on to get important things done,” she said. “I will bring these skills to Richmond.”