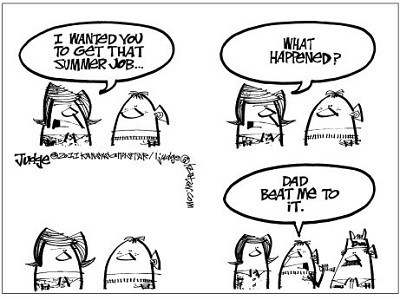 Nothing, surely, could silence the voice that so eloquently spoke through the saxophone what Van Morrison calls “the inarticulate speech of the heart.”

Clarence Clemons could roar solos like a runaway freight train pursued by fire-breathing dragons or shimmer through the sax as if the soft flickering of an aurora borealis were calling through the darkness to your own desperate truth-seeking dreams.

Bruce Springsteen and his mighty E Street Band and their rock and roll show may go on but it will never, can never, no way ever be the same.

The final change has been made uptown and the 69-year old Big Man has left the band following complications after a stroke.

I wasn't shocked to learn that Clarence Clemons had suffered a stroke but his death less than a week later took me by complete surprise. He was just too strong, too larger-than-life to be taken from this Earth like that. I just knew he would recover.

The Big Man's family set up an email address for fans to send Clarence get-well messages at the hospital and I am glad that I rubbed a few words together to try and kindle some flame for this Promethean saxophonist. It was a chance to give something to him in return for all he has given us through the decades, since he and Bruce burst on the national scene with 1975's Born To Run, which put Springsteen on the cover of Time and Newsweek, from out of the void, as it seemed to all but his hardcore early fans.

By my count, I saw Clarence Clemons play live with Bruce Springsteen and the E Street Band 10 times, starting back in 1978 at the Hampton Coliseum on the epic Darkness On The Edge Of Town tour, and continuing through every tour after that, at least once.

Clarence wasn't a “horn player” with the band. In many ways, Clarence was the band, as much as Bruce Springsteen. Much credit to Bruce for that, too, sharing the stage and the sound so whole-heartedly. The two men were obviously soul mates. The iconic black and white double-width cover photo on Born To Run of the white Springsteen and the black Clemons spoke more profoundly toward the promised land of race relations than a thousand million speeches by politicians.

The affection is palpable. So is the human potential.

Clarence Clemons, who was a native Virginian, didn't simply play the saxophone. He spoke the saxophone. He worked the saxophone like potters shape clay. He lived and breathed the saxophone. The breath he pulled up from the depths of his soul conjured alchemy that transformed the very sound of the instrument. I have never heard any other saxophonist-and that includes rock, soul, and jazz musicians-who could make a saxophone sound like Clarence did. Whether with Springsteen or on his mesmerizing solo album Peacemaker.

In that way, it was the saxophone playing Clarence, and so no saxophone could possibly duplicate the sound. There was only one Big Man. Listen to the epic solo in “Jungleland,” as an example.

If the musical notes were styles of oil painting his artistry would have combined the Impressionism of Monet with the Cubism of Picasso and Fauvist “wild beast” use of color favored by Andre Derain: Monassorain-a freight train powered by the Northern Lights.

On all but one night, I was among more than 10,000 people watching Clarence Clemons play saxophone in concert at sold-out shows. The one night saw me, my wife Kim, and still-good friend and former Herald comrade, Gary Craig, and his wife Charlotte, as four of perhaps 200 people squeezed into a small nightclub in Richmond in the 1980s during an E Steet Band touring lull to watch Clarence Clemons and the Red Bank Rockers.

We were waiting in line to get in when a Winnebago pulls up to the curb on Broad Street and out steps The Big Man, himself, holding a TV dinner in one hand, walking down the sidewalk, eating, smiling and returning greetings from stunned fans.

I was pretty dumbstruck as Clarence passed within inches but, being a writer, I then got down on my knees by the Winnebago, Gary joining me, and wrote some words to Clarence with my finger in the grimy road stains on the lower body of the white Winnebago. Words that would last more than a passing, spoken, “Hey, Big Man.”

In my email to Clarence Clemons on the 15th of this month, I told The Big Man about leaving those “goodwill messages to you with our fingers” all of those years ago. And I thanked him for the way his saxophone always spoke to me, lifting my soul into the light.

I have literally been sustained in buoyancy for days on end by his solos, constantly hitting the replay button in my head. The solo in “Land Of Hope And Dreams” was sustenance for a solid week after seeing it live, and still is.

“Your touring Winnebago isn't parked on my street now,” I told him, “but I write these words from my soul to yours…We love you Clarence and all of our souls are playing our own notes now for your soul to feel.”

And now he is dead.

That is what The Big Man was telling us all those years within the movement of those clarion solos.

Speaking with such passionate belief about us all.