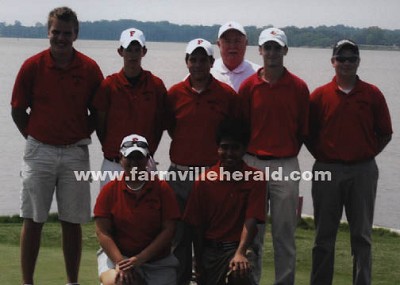 Fuqua was just one stroke behind second-place finisher Walsingham Academy (245).

Greenbrier Christian and Tandem Friends School tied for fourth place with a score of 253.

Steward School, which defeated Fuqua to take the Virginia Commonwealth Conference Championship, finished fifth with a score of 254.

Fuqua was the top finisher among regular Division III schools in the two-division field.

“We played really well this week,” said FS head coach Dave Bennett, who referenced the team's finish in the 2010 tournament. “It was good for them to come back here and play at a much higher level than they did last year.

“Last year, we were beaten by a lot of shots, and this year, we missed second by a shot.”

“It was an accomplishment for us to play so well, and for us to beat Steward again. They beat us twice this year, and we beat them twice. They do have the trophy, but we got them last.”