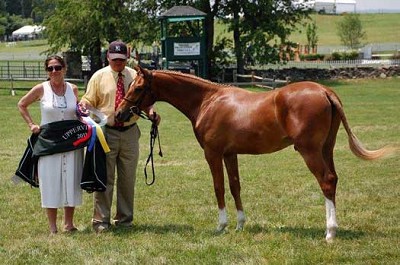 Empowered also won Best Colt out of a class of 19 other ponies at the Devon Horse Show in Pennsylvania on May 26. Handled and trained by Virginia Horse Show Association Hall of Famer Oliver Brown, Empowered is leading in his zone for USEF yearling pony champion.

Empowered was “discovered” as a weanling by R. Derwin at Windswept Stables in Daytona. His sire is Empires Power, imported from Holland, a Registered Welsh K Stallion.

“I plan to keep him as a hunter pony stallion and stand him at our farm,” stated Derwin. “He was breathtakingly beautiful as a baby; I knew he was very special. But, to win against the best ponies from all over the US and Canada was pure magic, a dream I only imagined.”

Descendants Of Patrick Henry To Meet At H-SC